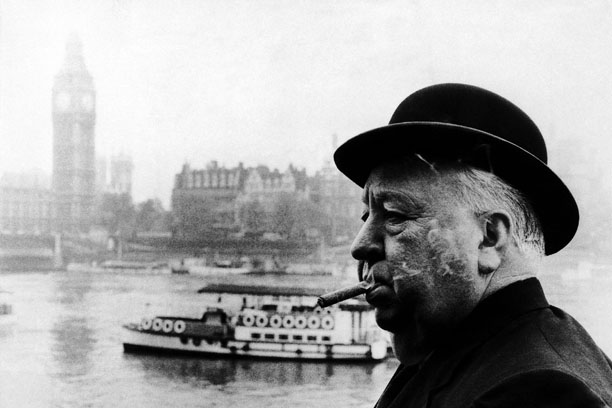 Film producer and director Alfred Hitchcock. Hitch, as he is generally known, wearing a bowler hat and smoking a cigar as he stands in front of Big Ben and the River Thames in London, England on Oct. 12, 1971. Born in Leytonstone, near London, Hitchcock is back from Hollywood to film his first motion picture in Britain in 21 years, called Frenzy. Will he be wearing the bowler in Frenzy for his customary fleeting film appearance? The master of suspense puffed a cigar, Hollywood style, and bowled back a mysterious reply: We shall see, we shall see! (AP Photo/HO)