This vase is from the landmark range that effectively started the 1960s & 70s trend for textured glass. The design apparently came about through an accident. Sarpaneva wanted to know what would happen if he attacked molten glass with a saw, so he made a rough wooden mould and poured the glass in. The sawing did not yield worthwhile results, but Sarpaneva was so taken with the surface effects the mould left on the glass that he pursued that avenue instead, lining further moulds with bark. The experiments culminated in metal moulds with internal bark textures being made to replace the wooden moulds, which were badly burnt and damaged by the hot glass. Although others were experimenting with texture at around the same time,

In a roundabout way, Sarpaneva was also following the mid-century trend of Scandinavia’s Modernist designers being inspired by the natural landscape around them. Buds, leaves, fungi, rock and ice in the dramatic landscape all provided rich inspiration for designers such as Tapio Wirkkala, Per Lütken and Sarpaneva. This excellent example is strongly reminiscent of these sources, resembling ice in colour and a tree trunk, and even rock, in texture. Although the main image appears grey, the actual colour is more of a frosted colourless with a very light grey tone. Produced only from 1864-71, this classic form is model no.3356, and the base is inscribed with a Vibropen TIMO SARPANEVA – 3356. The condition is excellent, with none of the chips and bruises often found on the rims of these pieces.

About The Designer
Timo Sarpaneva (1926-2005) was one of the most important glass designers in Scandinavia, and his influence was felt across Europe. He studied graphic design at The School of Applied Art in Helsinki before joining Iittala in 1948, where he remained until his death. He also produced a small number of designs for Venini on Murano, some executed in the challenging incalmo technique. He also worked in other media including ceramics (for Rosenthal), metal, lighting, textiles, plastic and wood. His work is in many private and public collections and won many awards, including a Grand Prix at the Milan Triennale in 1954 for his famed Orkidea (Orchid) vase. 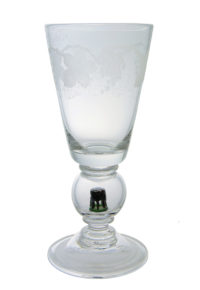 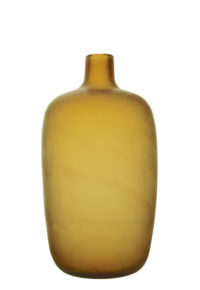 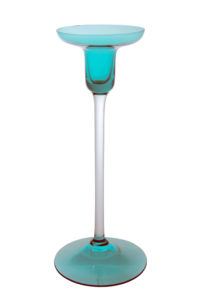 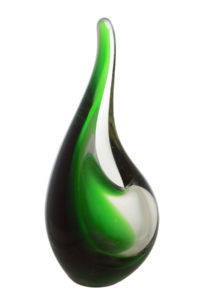