Skip to content
View basket “A Stunning 1970s Frantisek Vizner for Skrdlovice Charger” has been added to your basket.
Filter
Filter

The Olympia range was one of the most important ranges produced by Skrdlovice during the 1960s. Throughout his prolific career, Jelinek constantly returned to the design element of trapped internal air bubbles, treating and using them in many different manners. He began experimenting with these bubbles at Skrdlovice, and Olympia was one of the first cohesive design ranges incorporating what became one of Jelinek’s design hallmarks.

The range comprised a variety of curved forms from tall vases to dishes to a rare lidded jar. The curving internal bubbles echo the shapes of the objects themselves, which are monumental and monolithic. This is accentuated by the choice of a deep Topas (topaz) glass, which is combined with green – here a concave disc that appears to float in the base amidst the bubbles creating a contemplative effect. A typically Czech combination of colours, the colour tones created when light passes through the vase are deep and varied and the light bouncing off the bubbles and internal and external lines adds visual interest. The Olympia range is one of Jelinek’s most recognisable and is highly sought-after by collectors today. This tapering vase form is very hard to find.

About The Designer
Vladimir Jelinek (b.1934) studied at the Specialised Glassmaking School at Kamenicky Senov from 1949-52 before studying under Professor Kaplicky at the Applied Academy of Art in Prague from 1952-58. His involvement with Skrdlovice began in 1958, when he was one of the students who produced designs to be made there for display at the Brussels International Exposition in Brussels that year. He continued to produce designs for Skrdlovice during the 1960s, whilst also working at the Karolinka branch of the Moravske Sklarny Glassworks from 1961-64. After being a glass designer in the Centre for Home & Fashion Culture (1966-77 and again from 1982-97), producing designs for Moser, and teaching at the Charles University (1979-81), he became an independent glass artist. He is known for his monumental forms in strong colours that typically contain trapped air bubbles, but his versatility has enabled him to work across many different areas from cut and engraved glass to tableware. A veteran of international exhibitions since the late 1950s, his work is also found in many private and public collections, including the Corning Museum of Glass. 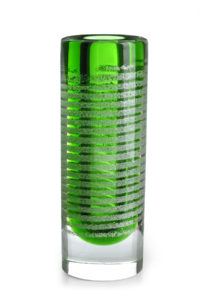 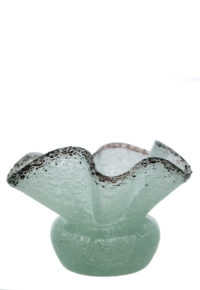 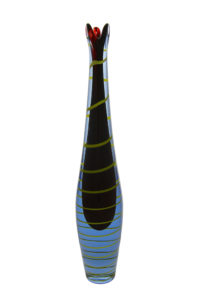 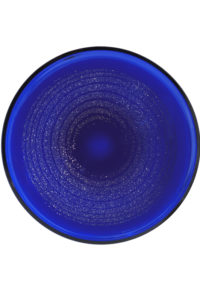