This vase comes from a very scarce range that won a Gold Medal at the important Liberec trade exhibition in 1967. Profiled in the State’s trade publication Czechoslovak Glass Review in February 1968, it went on to be exhibited at the International Exposition in Osaka, Japan, in 1970. Other forms in the range include a taller version of this teardrop shape, and a low and long jardinière. Colours included blues, topaz, and greens. The range was a departure for the internationally renowned company of Moser, who are best known for their heavily cut and faceted designs.

The curving forms and use of the traditional technique of casing recall the sommerso (submerged) designs produced by Flavio Poli for Seguso on Murano from the 1950s onwards. The major difference is the join in the interior aperture which accentuates the form and layers, and showcases the talents of Czech glassmakers. This hallmark feature also forces flower stems to either side, meaning flowers are displayed at an avant garde angle, contrasting with the rounded form. Although sold as a practical vase, it is equally successful as a stand-alone sculptural object. The curving, stone-like shape interests the eye but also presents a tactile appeal, almost demanding to be picked up and caressed.

About The Designer
Few hard facts are known about Vladimir Mika, but it appears that he studied glass painting amongst other skills at the glassmkaing school in Novy Bor. He began his career just after World War Two when he joined the Mstisov glassworks, which began to become known for its hot-worked coloured glass from 1958.  After working in quality control, he began work as a designer when Hana Machovska went on maternity leave. He moved to the Moser Karlovarske Sklo works when the Msistov production was transferred there in 1964, but appears to have produced very few designs himself. Instead, he appears to have focused on production and worked in conjunction with a number of key designers such as Pavel Hlava and Frantisek Vizner. In 1967, he won a Gold Medal at the important Liberec trade exhibition for this range of curving, ovoid vases and bowls with a joined area in the centre of the aperture or well. His designs were then exhibited at the 1970 International Exposition in Osaka, Japan. He then moved to the pressed glass factory at Teplice, where he oversaw the production of bottles for Western companies such as Coca Cola, before retiring. 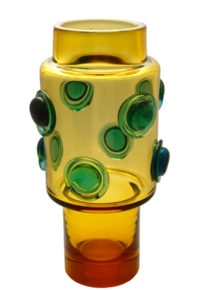 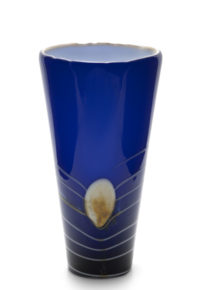 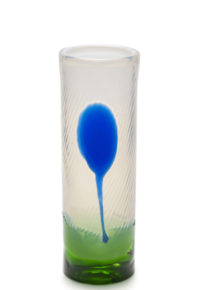 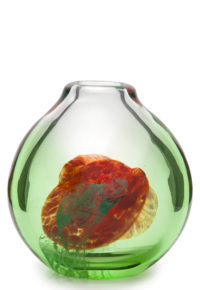 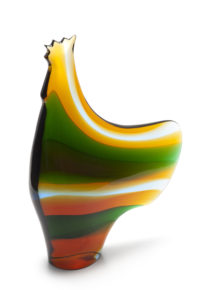 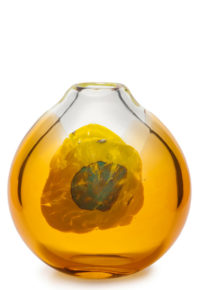