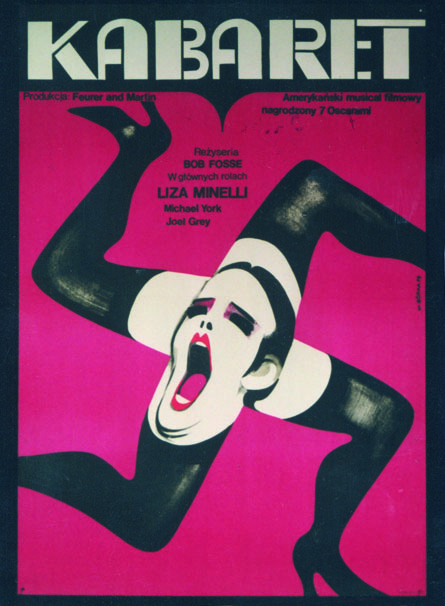 Even in my comparatively short (but intensive) working career, I have seen things change considerably. I remember many foreign worded Polish film posters being batched together and sold at auction for around a hundred pounds, if that. Many of these are now fetching that each – at least! I guess the problem was that nobody read Polish, the graphics were unrecognisable and often strange, and nobody knew what films they were for. There were some iconic exceptions, such as ‘Kabaret’ (left), but on the whole little was known about them and little was done.
How things have changed. There’s now a band of collectors and connoisseurs the world over keen to own examples of what is now widely deemed an apex of poster design. The Polish film poster movement began just after the Second World War in the town of Lodz, when ‘Film Polski’ was founded to promote the nationalised Polish film industry. From the start, the style used was miles away from the sexy women, heroic men and violence shown by the depiction of guns that was familiar in the decadent and corrupt Capitalist West. They were never designed for ‘commercial’ reasons to attract audiences, as most cinemas were full anyway when new films were released. This, together with the fact that the Communist government allowed poster designers an unusually high level of freedom when compared to other cultural or artistic activities, meant that innovation, creativity and experimentation ruled. This lead to posters that were artistic and even eye-poppingly unusual. 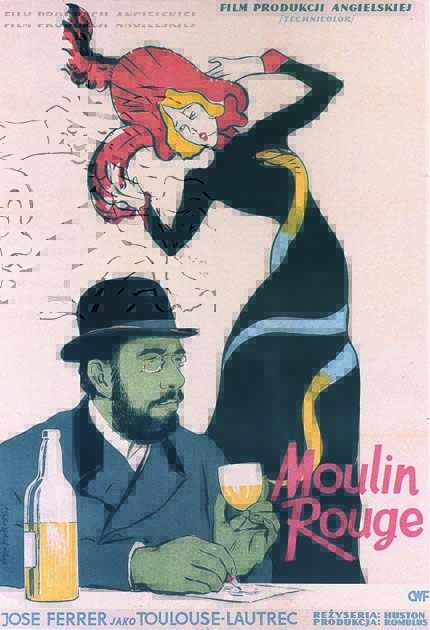 The first artists were established graphic designers Eryk Lipinski, Tadeusz Trepowski and Henryk Tomaszewski (get ready to have your tongue tied!), who were seen as the founders of the movement. Today, their posters can fetch anything from £200-400 up to over £1,000. ‘Czarny Narcyz’ (Black Narcissus) by Tomaszewski (below) from 1947 can fetch up to £400 and is typical of the artistic, almost collage-like, style of many Polish posters. I think it’s also a classic bet for the future. The industry went on to see its golden age from the mid 1950s, when hardcore Stalinist policies ended, to the late 1960s and it’s these posters that are the most desirable today. 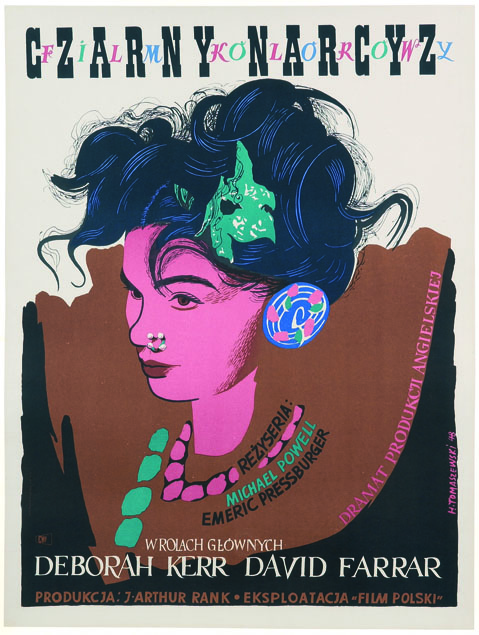 There are a number of factors to consider, and a good combination of these will probably mean a collectable poster. Look at the graphics first and foremost. Familiarise yourself with the ‘look’ by ideally visiting a gallery or else looking at a book. Think of artistic responses to the theme of the film, the free, inventive, artistic style at the time and, to be brutally honest, weird and wonderful imagery. 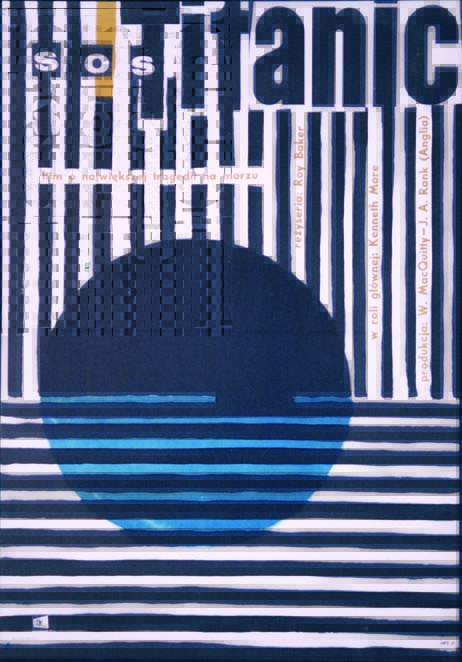 Also consider the artist and date, both of which may require some research to check. Many artists worked for long periods of time, others very short. As well as the three listed above, look out for Wiktor Gorka, Waldemar Swierzy, Franciszek Starowieyski, Andrej Krajewski, Marian Stachurski and Lucjan Jagodinski, but there are many more. Some artists are also known for one or two particular great posters, so learn about which works are considered an artist’s best.
You can generally find posters from the 70s-80s for under £150-200 at a good gallery, and even classic posters from the golden period of the 50s-60s can still be under £500. More iconic posters by the best artists can fetch anything from £500 to over £1,500. Many experts think there’s plenty of scope in these prices, particularly for classics, so now may be the time to invest before figures go truly stratospheric. Online and traditional auctions can be less expensive, but always view in person or ask questions and beware of damage and reproductions. 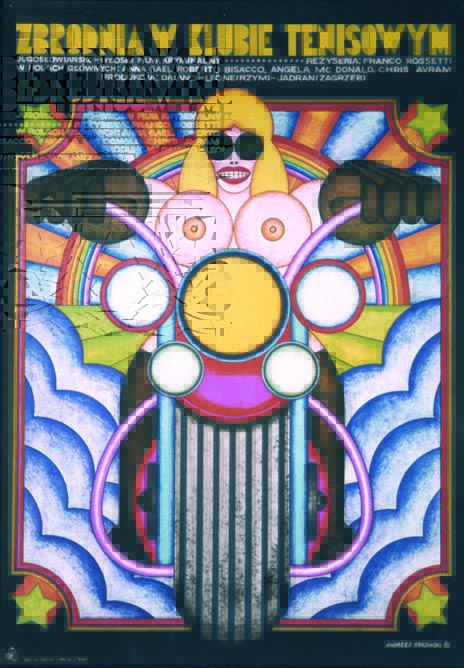 Most Polish film posters were printed on matte paper at an A1 (80cm high) size until the 1980s, when glossy paper and a larger B1 (100cm high) size took over. The majority of these are usually comparatively inexpensive at £50-100 or under, unless the title is very well known, and may prove a good investment in the long term if the artwork is good.
Don’t get overly hung up on the title of the film, especially for early posters. Many  collectors prefer to collect films they know, which will often date from the 70s, and 80s, so the title does become more important with posters of this period. Whilst this is satisfying and a good title does generally mean a good price, I think there’s much more to be gained from also thinking of style and artist.

The classic Polish film poster died around 1990 as the State monopoly ended and Western giants such as Warner and 20th Century Fox took over. Classics are not easy to come by as they were never intended for sale and were printed in quite small numbers, often of less than 10,000. They were also most often used, and this rarity gives them yet more mileage value wise, when you look at current values. 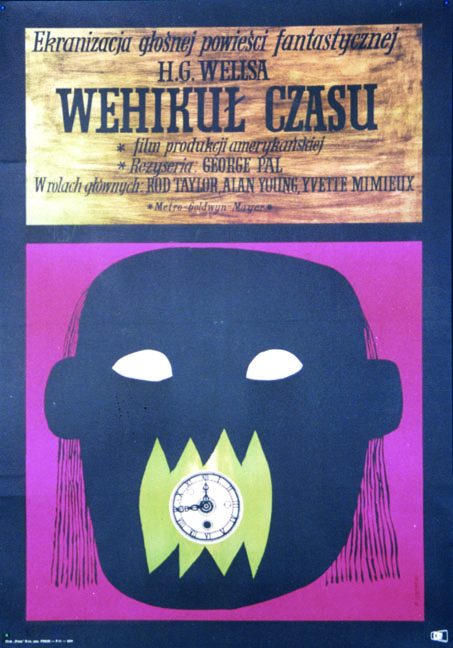 However, don’t be put off as many galleries stock them and they do still appear from time to time at auctions. Mis-identifications and ‘non-identifications’ are rife and I for one believe that there are still bargains to be had. Prices can also vary from place to place and even ‘experts’ may have treasures lurking in their stock for the keen-eyed and knowledgeable to collect. There’s also the fact that there is surging interest in all things Eastern European from the 50s-80s, from glass to ceramics to graphic design. How can you properly consider 20th century design without including the work from the enormous and creative area of Eastern Europe?
Polish film posters will add a soupçon of modern, Communist sophistication to your walls or at least refresh your favourite film with new graphics. The designs can be disturbing or beautiful, but are always intriguing. You may also net yourself an attractive and important piece of 20th century design that is highly likely to appreciate in value.

All images courtesy of the Chisholm-Larsson Gallery and by kind permission of Miller’s.