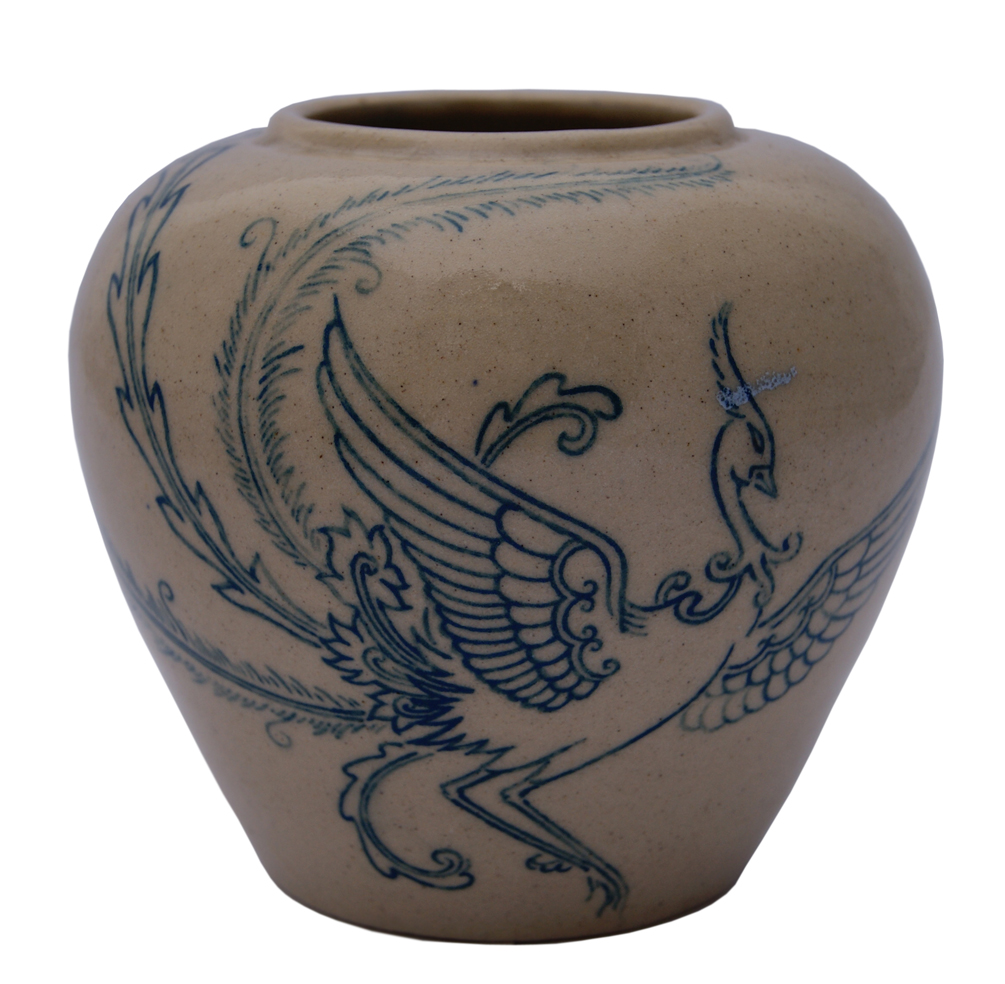 The only reason you should buy any antique or collectable is because you like it. My problem is that I find objects that I like all too frequently, be they online, at a fair or in a shop. It’s almost like a disease, but a pleasant one I guess! Before last week’s Antiques Roadshow at Polesden Lacey in Surrey, I popped into Dorking to do all the antiques shops and centres along West Street. In the Talbot House Antiques Centre, this charming studio pottery ginger jar called out to me. Priced at £30, I simply had to have it.
And, briefly, here’s why.

On the bad side, it’s a shame that the potter accidentally dabbed some light blue glaze on his carefully painted bird’s head before glazing it all over. But I really don’t mind – it’s a ‘birthmark of creation’ as master glassmaker Tim Harris puts it. As I held this unique piece, all these stories and possibilities passed through my mind, ending with me being transported back to a potter’s studio during the war. But in which country? Were the bombs and bullets raining down as he potted and painted?

For me, the journey an object takes you on as it reveals its own unique story to you is one of the greatest joys of collecting.