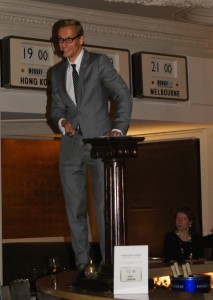 Last night I was the auctioneer at the sale of these rather unusual looking clocks. From 1971 until the ‘Big Bang’ in 1986, they presided over deals worth billions and billions of pounds, as they hung in the trading room of the London Stock Exchange in Threadneedle Street until the mid-1990s. Just think for a moment about the deals these would have witnessed, from the days of the gentleman banker Siegmund Warburg to the swash-buckling corporate raiding of Lord Hanson.
But they’re not just iconic pieces from the decade that brought us red braces and the Yuppie, they’re important from a design perspective as well. Made by renowned Italian company Solari, they were designed by Gino Valle in 1956, and won the prestigious Compasso d’Oro award. Known in a James Bond stylee as ‘CIFRA 5’, they’re also rare examples of a digital display where the numeric flaps move on the horizontal (from side to side), rather than flipping down. 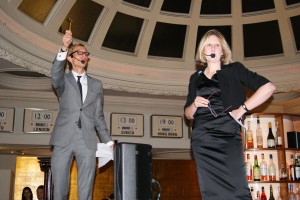 After being found by creative director Mark Lawson Bell in a railway arch in East London, they were restored and hung in top London restaurant 1 Lombard Street, suitably located just across the road from the Bank of England. And this award-winning restaurant was the location for last night’s auction, held in association with RedLeaf PR. Up on the bar I went, ably assisted by my good friend, bid-spotter, and world-renowned ceramics specialist Jane Brown, and it was straight into lot one. Driving rain outside had put off all but the very keen, meaning bidding was serious. All but a few of the bidders in the room lost out to an ardent telephone bidder, a lady from Texas, who acquired most of the clocks as a Christmas present for her wealthy commodity-trader husband. So perhaps there’s an answer to the long-standing question, “What do you get for the man who has everything?” 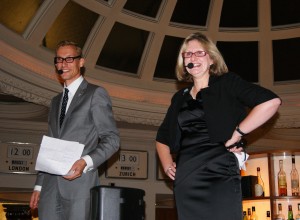 Top lot of the night was, unsurprisingly, the London clock at £9,200, with New York close behind it. Surprisingly, Hong Kong didn’t make its reserve so didn’t sell, but the auction made a grand total of £41,800 ($66,064) – nearly double what a major London auction house valued them at. Pleasingly, a part of this sum will also be given to to Cancer Research UK. 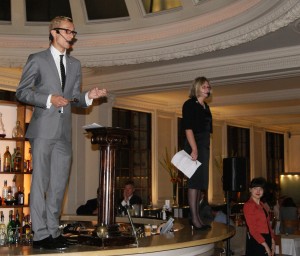 A couple of disgruntled unsuccessful bidders claimed that they were ‘ugly’ anyway after the sale, and I must admit that they are rather unusual. But for me that adds, rather than detracts. Factor in their illustrious pedigree and original use, and compare the prices paid to those for much contemporary art (like most of this art, these clocks are sure to hang in a financier’s loft apartment or mansion), and I think every lucky winner walked away with a really rather special ‘statement’ piece.