I’ve just got back from the BBC where I took part in an interview for BBC Radio 5 Live about the value of the large amount of Woolworths memorabilia that has come onto the market since the sad closure of the chain at the beginning of the year.
The spark that set the market alight was this bottle of champagne. Being sold by Steve Tait, erstwhile manager of the Corby branch, frenzied bidding reached a staggering £400 before the item was re-listed with a slight correction to the description.
The question was – is it worth it? The only answer I can give is that it’s impossible to tell right now. 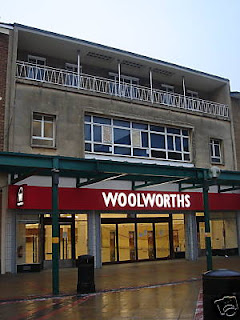 However, this piece has quite a bit going for it, so may have a promising future. Much of the collectable advertising market is driven by nostalgia and big brand names. Who doesn’t remember Woolies fondly, and particularly their iconic Pic ‘N’ Mix? And if a piece shouts out about the company, or is indicative of the time it was produced in, so much the better. It was also part of a very limited run, with only 500 bottles having been produced. When promoted for sale at a mere £5 in 2007, it created a frenzy, with Woolworths’ stores being beseiged by thirsty buyers. However, it was primarily a clever marketing stunt, with only a few bottles being allotted to each store.
I’d imagine that most were opened and drunk, making this a rare example indeed. With a combination of a great story, iconic brand, and a fun item to own and display, we may indeed be valuing bottles like this on the Roadshow in decades to come! But the best part of the story is the reason behind the sale – Steve is using the proceeds to take his now redundant staff out for a slap-up meal to remember the old times. Many had worked there all their lives before the chain was closed under a year away from it’s 100th anniversary. In these days of wallet tightening and doom and gloom, it’s great to hear that someone still has a generous and kind heart. See what it fetches by clicking here.