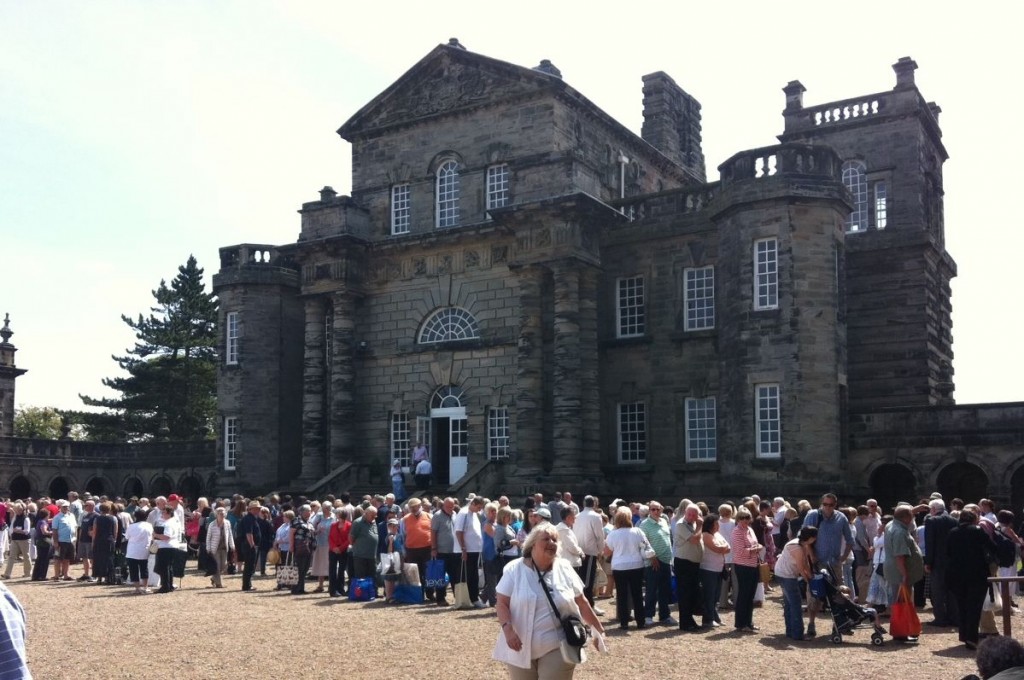 One of the many joys about working on the Collectables and Miscellaneous tables on the Antiques Roadshow is that you never know what the next person in the queue will have. It could, quite literally, be anything – it’s a little like Christmas!
At Seaton Delaval (above) last week, I saw something that I thought was quite wonderful fun in a unique way. Compiled by the photojournalist Stefan Lorant from previous issues of Lilliput magazine, it was a small hardback book with the rather curious title of ‘Chamberlain & The Beautiful Llama’.
Inside was a selection of wittily chosen and humourous photographs that provoke thought, or raise a smile. Or both. It’s all about clever, satirical juxtapositions based on observation and the appearance of things. So a bulbous ripe pear is compared to the face of a portly publican, a view of Parisian rooftops are surreally compared to a hat shop display, and kissing film stars are compared to fish. And, hence the title, a portrait of Neville Chamberlain baring his teeth mid-debate is compared to a llama. Just as we have in some of today’s magazines and newspapers, there are also ‘lookie-likies’ of personalities of the day. For example comedian Alastair Sim being compared to the then minister of transport, Sir John Reith.
But it’s not all light-hearted. The book was published in 1940, when Europe was at war. One of the chapters is devoted to ridiculing notable Nazis, including Hitler. Whilst done in a light-hearted manner, it’s often far from that underneath, and was undoubtedly part of propaganda during the period.
The copy I saw was a little sun-faded and foxed, so I thought it was worth under £5. That wasn’t disappointing at all to the owners, who loved their unusual little book. I loved it too, so I took down the details as I was determined to own a copy myself – unlike other shows, we don’t ever buy the objects we’re shown. A quick search on Abebooks soon yielded a more time-worn copy for £1.98, although first editions in great condition can fetch up to £30. Job done! As well as being a gently amusing, satirical document of the time, it’ll make the perfect loo-side book! 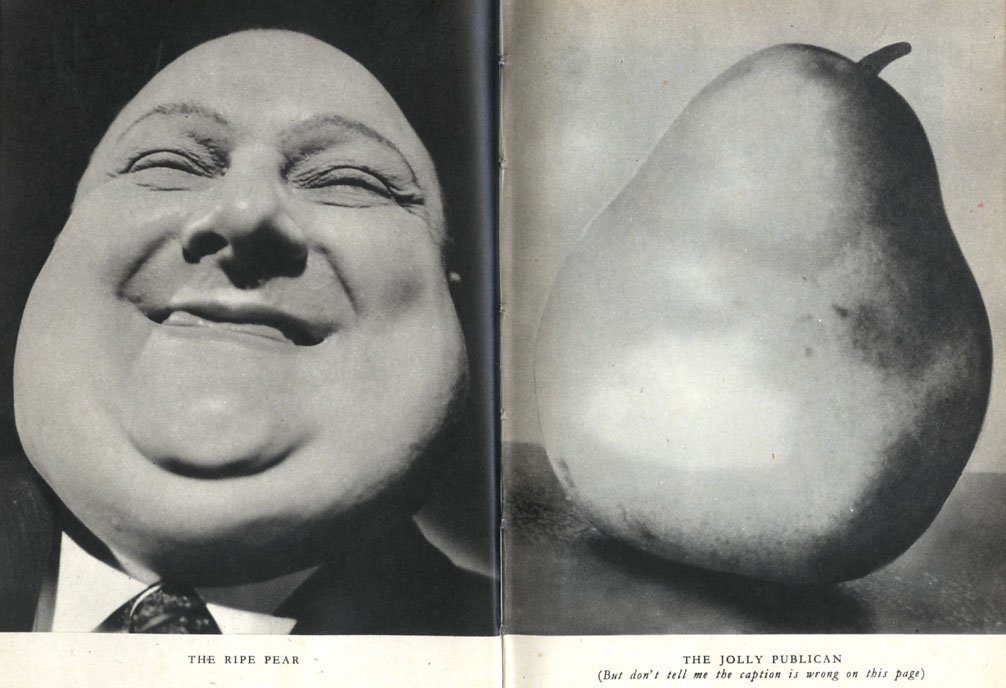 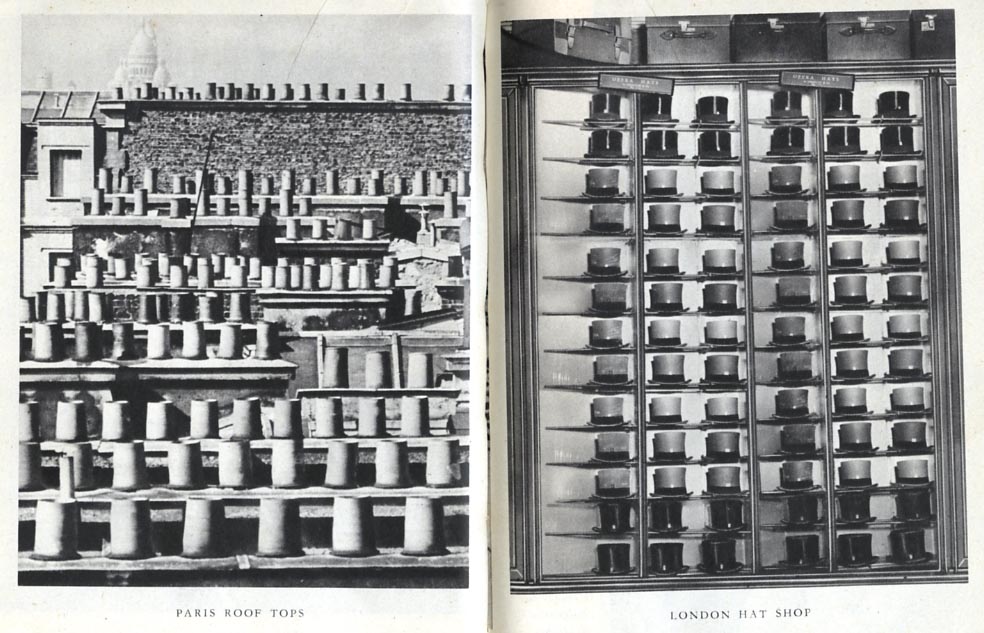 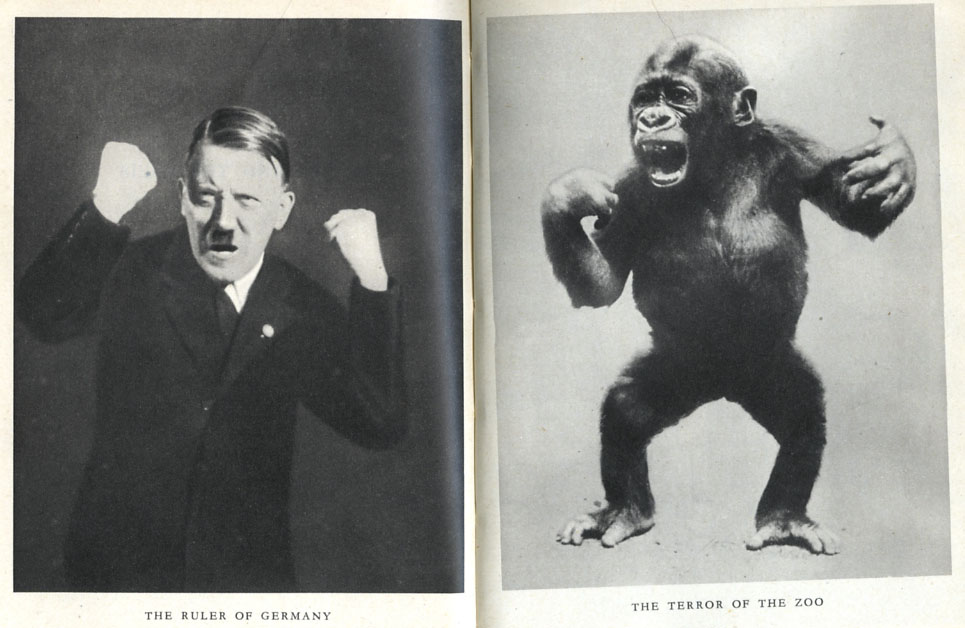