After my debut as a dealer at the marvellous Battersea Decorative & Antiques Fair in April, my next fair was the MidCentury Fair at Lord’s Cricket Ground. I’ve been in awe of Petra and Lucy, the fair organisers, as their events are amongst the very best fairs I’ve ever attended. They have built up a strong and loyal following, many of whom buy regularly. The locations are perfect, are brilliantly organised, and are always packed with great stuff from the best dealers and, most importantly, people. I was delighted, and excited, about going. 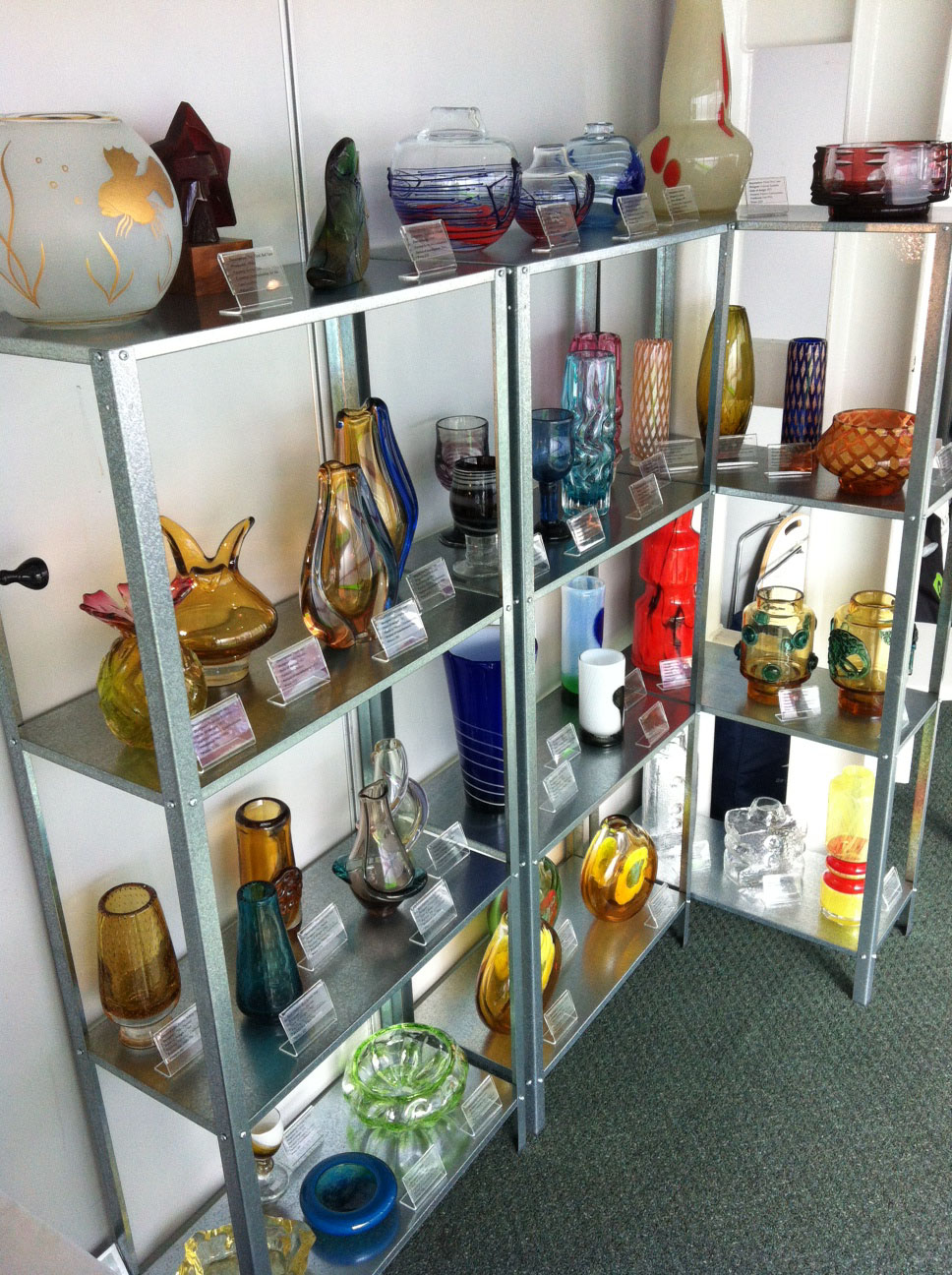 Cabinets aren’t the sort of thing that they’re after, presumably as they seem exclusive rather than inclusive (I do tend to agree), so I was left with a ‘shelving issue’. Having found a rather minimal solution, and placed an order, I thought I was ready to go. Only for that supplier to let me down three days before! So off I trundled to find another solution – trying not to panic. In the end I plumped for some galvanised steel shelves. Not ideal, I know, but they worked and a number of people said how good they looked. So perhaps they’ll survive until the next fair. I quite like the almost Communist, certainly industrial starkness of them. No decoration – just metal shelves. They seem to set the colours of the Czech glass off rather well.
Despite the blazing sun and high temperatures, the place was packed to the gunnels by late morning. it wasn’t just young people too, there were a number of visitors who will have enjoyed many of the pieces on sale the first time around! Comedian Jimmy Carr and his girlfriend visited and, browsing across my stand Jimmy said, “It looks like you’re into vases then…it’s a great collection.” A man of taste, clearly.
I also recognised Tyler Brulé, style guru and founder of Wallpaper* and Monocle magazines, and a number of influential decorators and ‘taste makers’. A few of people took home new Czech glass treasures that they were delighted with, and a few said they’d have a think and call back. Let’s see. Whatever, it was a very jolly and successful day.
My next fair is Antiques For Everyone at the NEC, Birmingham, from 19th-22nd July. Although my stand will be there for the duration, I won’t be there on Thursday 19th.
For more information on the next MidCentury Fair, please click here. See you there!