Although the weather was nowhere near as good when I went in June with my Cracking Antiques co-presenter Kathryn Rayward, I still had a cracking day out at Ardingly antiques and collectables fair in Sussex this Tuesday. This time around, I accompanied my sister and my new brother-in-law, as they were de-Ikea-ising their flat to add a little more character and individuality to their home. 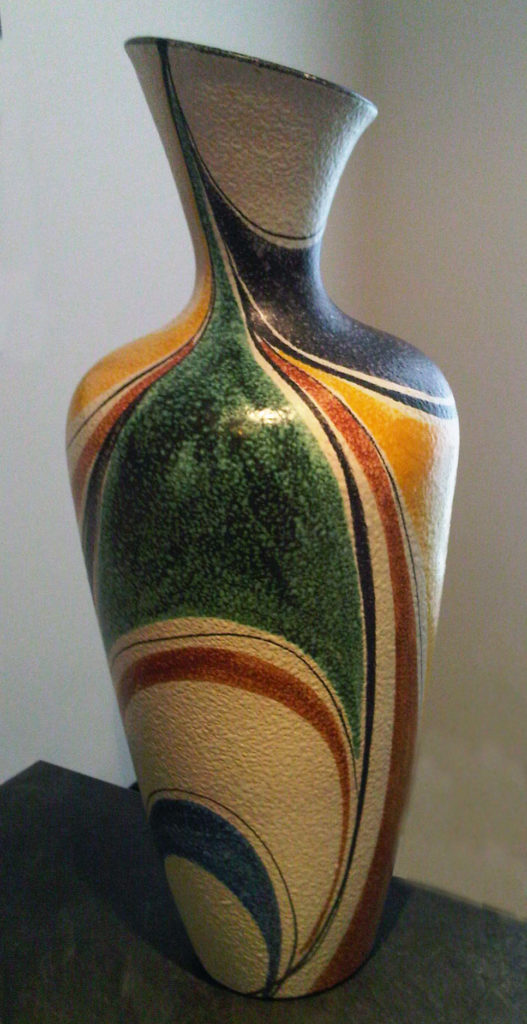 Although she’s my sister, so very used to hearing me babble on about antique, retro and vintage, my eyebrows raised a little when she said she wanted to go for Victorian and Edwardian furniture. Having said that, looking around, she wasn’t alone – plenty of people in their 20s and 30s could be seen speeding from stand to stall that chilly morning. After an hour or so of dashing around with the two of them, I began to ask myself why I was there. She didn’t need me! Putting me to shame, she made her first purchase within minutes with the purchase of an early 20thC mahogany framed spoon back bedroom chair. Not only that, but she bartered the price down from £75 to £60 – impressive! We had seen a few – all upholstered in delightful Dralon (!), but this one was in the best condition meaning there was no rush to re-upholster it with something more up to date and fun. You could live with it in its current state – well, just about!
Over the next few hours, she managed to chalk up an early 20thC solid oak bedside cabinet, vaguely in the Louis XVI style, for £30, and a fantastic solid oak standard lamp base from the same period for a bargain £20. I was a little envious of the latter – it was beautifully carved with acanthus leaves near the base and will look super once the tarnished varnish has been stripped off and the wood waxed to bring out the beautiful grain and detail. They then topped this off with three 1970s Scheurich floor vases for a bargainous £15 each. Not rare pieces, but they’ll look stunning arranged in a group in the corner of their living room.
So what did I do? Apart from checking in every now and again to make sure my services weren’t needed (they weren’t!), I sped off in search of my own bargains. And I found this – a West German Ruscha vase in the ‘Milano’ pattern from the late 1950s. My jaw nearly hit the floor when I saw it – at 62cm (25in) in height, it’s the largest I’ve ever seen. Examining it closer, I found two cracks in the neck that threatened a large chunk of the flared rim – darn it! I usually NEVER buy a damaged piece of mass-produced ware as, even when it has been restored, it’s still a broken pot. But in this instance, the negotiated £25 price tag was simply too good to let someone else take advantage of. So, home it came. I’m delighted. 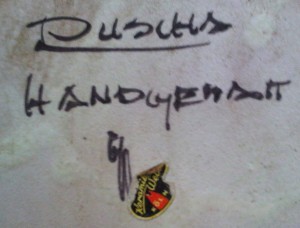 And the exactly same can be said for my other bargain, a Czech cut glass piece designed by Vladimir Zahour. Yes, the base is chipped and, yes, it’s an (unpopular) ashtray – but at £10 I simple couldn’t leave it behind. In perfect condition the value is closer to £100 – if you can find one – so off to the restorers it will go. Examining it more closely from the warmth and comfort of my home, I found a lovely surprise on the base – Zahour’s inscribed personal monogram, indicating he personally cut, or oversaw the cutting, of that piece. A rarity indeed. Ardingly does it again!