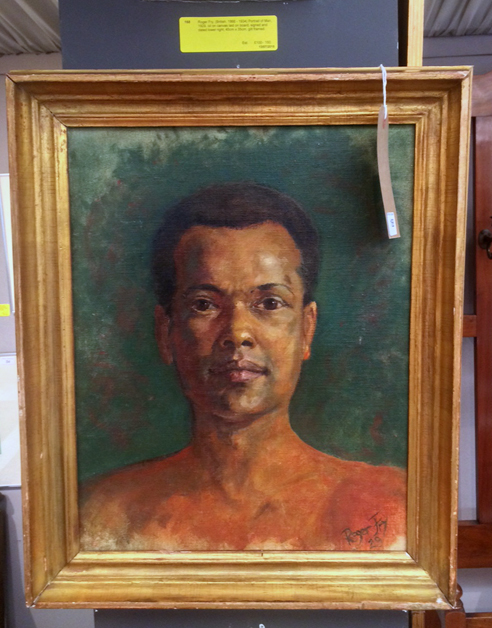 “They lived in squares, painted circles and loved in triangles.” said American poet and wit Dorothy Parker about the many members of the Bloomsbury Group. A loosely (yet often very closely!) related group of artists, writers, critics, aesthetes, intellectuals and philosophers, I’ve been obsessed with them since school, and relished learning more about them at university. From colourful, avant garde pictures, to novels, biographies and, of course, details of their often complex relationships, this group of colourful people has absolutely fascinated me. I’ve always longed to own a ‘piece of it’ – but it has to be something proper, something real, and preferably something unique. Although I’ve enjoyed reading (and re-reading) books by Virgina Woolf et al, a paperback just doesn’t cut the mustard for me. And somehow a print doesn’t quite work either, which is very unlike me!
Wandering around our local auction room last month, I spotted a painting of a young man (above) hanging relatively prominently on the end of a wall. As I passed by, I glanced at the signature – Roger Fry! My attention was further caught by the estimate, £100-150. Could I really own an original painting by Fry for that?! My mind immediately leapt into the pros and cons… 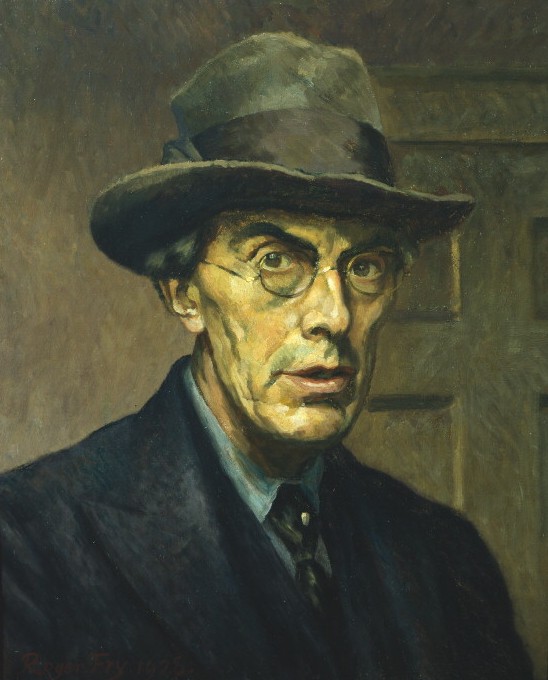 Roger Fry (1866-1934) was in some ways one of the leading lights of the group. Primarily an artist and critic, he was also a tastemaker and was largely responsible for introducing the Post-Impressionist style to Britain. Art critic Kenneth Clark said he was, “incomparably the greatest influence on taste since Ruskin … In so far as taste can be changed by one man, it was changed by Roger Fry.”. High praise indeed. Fry wrote for the influential magazine The Burlington for over three decades, he was curator of paintings at the Metropolitan Museum of Art in New York, he founded the Omega Workshops, and Virginia Woolf was so enamoured with him and his life that she wrote his official biography.
He was also a highly prolific painter throughout his life, so there isn’t exactly a shortage of works on the market, even though I hadn’t come across a painting myself before. Not that I’d been actively looking though, I didn’t know exactly what sort of Bloomsbury thing I wanted.
In my opinion, bar a few well-known works in public galleries, Fry’s work is much ignored and under-rated. I’m amazed that there hasn’t been a retrospective exhibition yet. There’s certainly enough scope for it and his work has wide appeal. I had to admit that I wasn’t up with current prices being paid, but £100-150 did seem extremely good value for what it is – and it was a price I could afford. 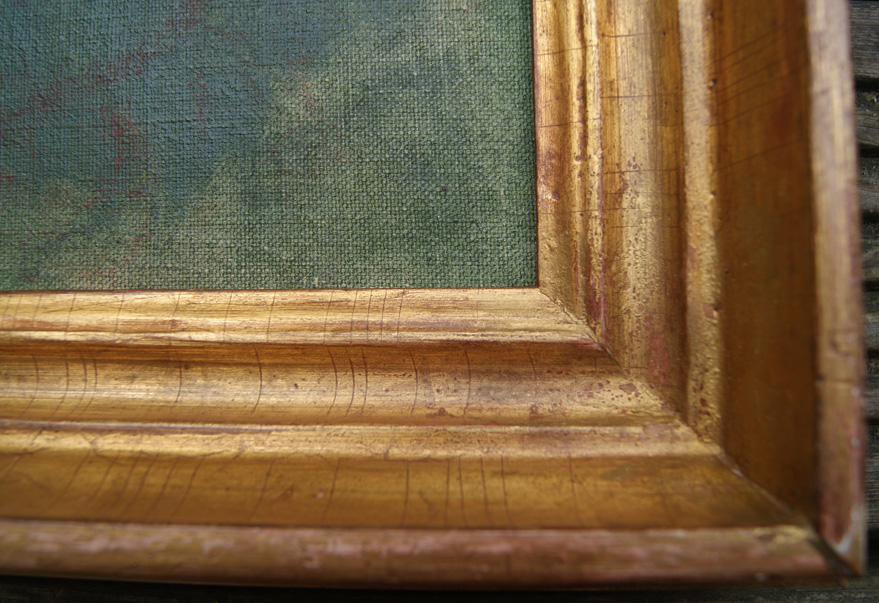 However, one thing I don’t need is another picture. I’ve been collecting since I was 15 and our walls are carpeted with them. However, this was framed, which cuts down on the cost and means it’s literally ready to hang right on the wall. What’s more, it looked like the original gilt frame too, possibly chosen by Fry himself. And the back was still sealed with old brown paper.
Then there’s the subject. OK, he’s a young, topless man, but he’s not the most attractive guy to have walked the earth. So who is he? And therein lies the great question at the core of so many things. He certainly wasn’t a member of the Bloomsbury Group itself, judging by his ethnicity in the first instance. But was he a friend of one of them, or did he even have a fling with one of them? The value of the portrait would rise dramatically if he was, particularly if the relationship was the latter case. There’s a truly vast difference in interest, desirability and value between Fry’s portrait of Edith Sitwell, Virginia Wolf, or himself, compared to a portrait of a total unknown. 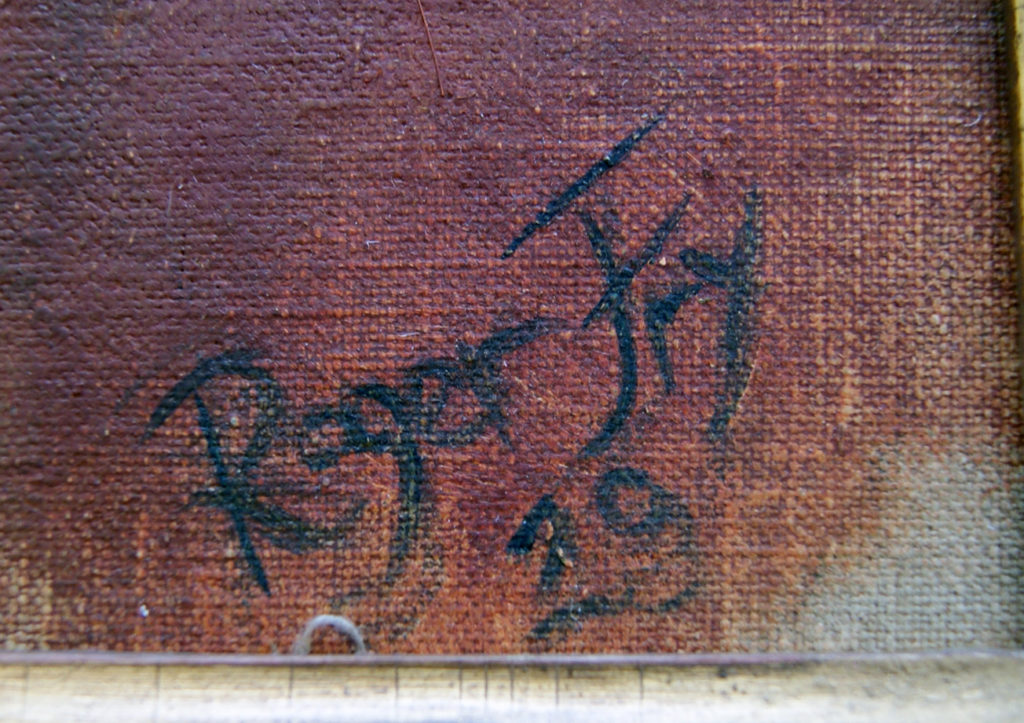 And on to the signature, which was accompanied by a ’29’ for 1929, making it a a few years out of the prime period collectors go for. The signature is rather odd and, comparing it to other examples in public collections online, although it bore similarities to some, the letter shapes were unlike most. However, his signature is far from consistent and there were enough similarities to make me feel comfortable. Also, it was painted in the same paint as used elsewhere on the canvas, meaning the whole thing would have had to have been painted, rather than just a signature added, if it was a fake. 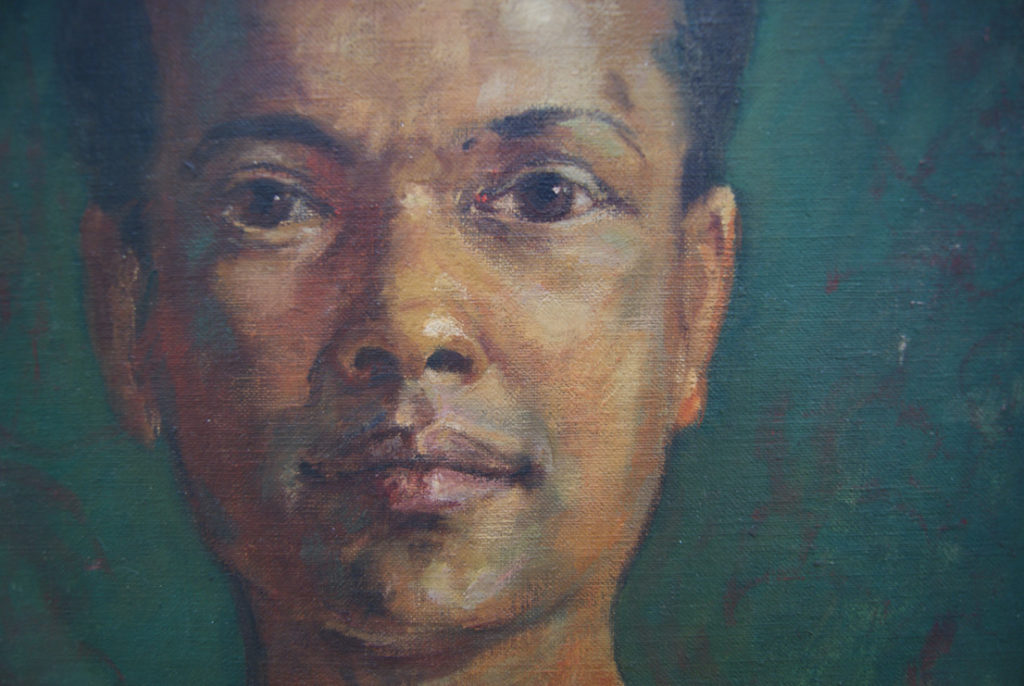 The handling of the subject isn’t as stylised as I’d have liked. A more angular, vibrantly rendered or simplified handling, in line with the Post-Impressionist movement Fry loved, would have been better. But it’s generally well done, as one would expect from a such a prolific painter. I’m also very fond of the muted, deep colours, which match the gaze of the sitter well. It was also painted on canvas mounted on board. It was good that it was an oil, but I’d have preferred to see it on a canvas.
What to do?! It was achingly affordable, yet probably of an unimportant unknown, the opportunity was there when it hadn’t been before, but I really don’t need it…
Not wanting to leave a lowball commission bid and lose it by a single bid, I decided to be indecisive and watch the auction online via the-saleroom.com and make the decision at the time. If it went for many times over the estimate, at least it would be part of the learning curve. However, Summer can be a good time to buy as most people are either on holiday, or else looking forward to and saving for it. Buying antiques is the last thing on their minds. 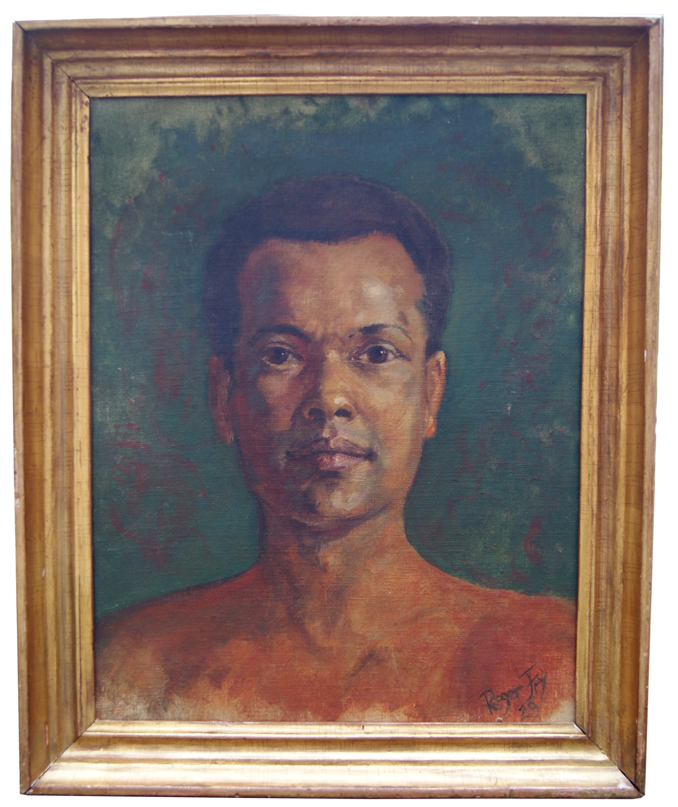 This proved to be the case when I logged into the auction on the say of the sale. As the auctioneer ran (literally) through the lots, bidding was low or non-existent. Although that indicated I may get a bargain, I’ve had enough experience to know that the one lot I want is the one lot everyone wants! I lost a (lifetime) Dürer etching that I thought nobody had spotted in the same auction room at the same time of year only a few years ago!
When the painting finally came up, bidding was swift and I won it within a minute, against another internet bidder, for £110 plus the buyer’s premium, bringing it to me for a little over £150. An absolute bargain, in my eyes, as it ought to have fetched double that, surely, if not a little more?

Research came next. I scanned photographs of the group online to see if anyone that even looked vaguely like this guy appeared in group photographs. I couldn’t find him. The back of the picture bears the words ‘2 BROWN EYED XXX’ written in chalk, perhaps suggesting there was a companion portrait somewhere. I guess the last word may have been ‘MEN’. So no help there then! I found my copy of the excellent The Art of Bloomsbury by Richard Shone (Princeton, 2002), which also contains full biographies by year of its three subject artists, Roger Fry, Vanessa Bell and Duncan Grant. During 1929, Fry was in Paris in March, returning there in June when he also visited Chantilly and painted in Cluny. In September he went to Venice with his sister Margery, and in September he gave six lectures entitled ‘The Meaning of Pictures‘ on BBC radio. 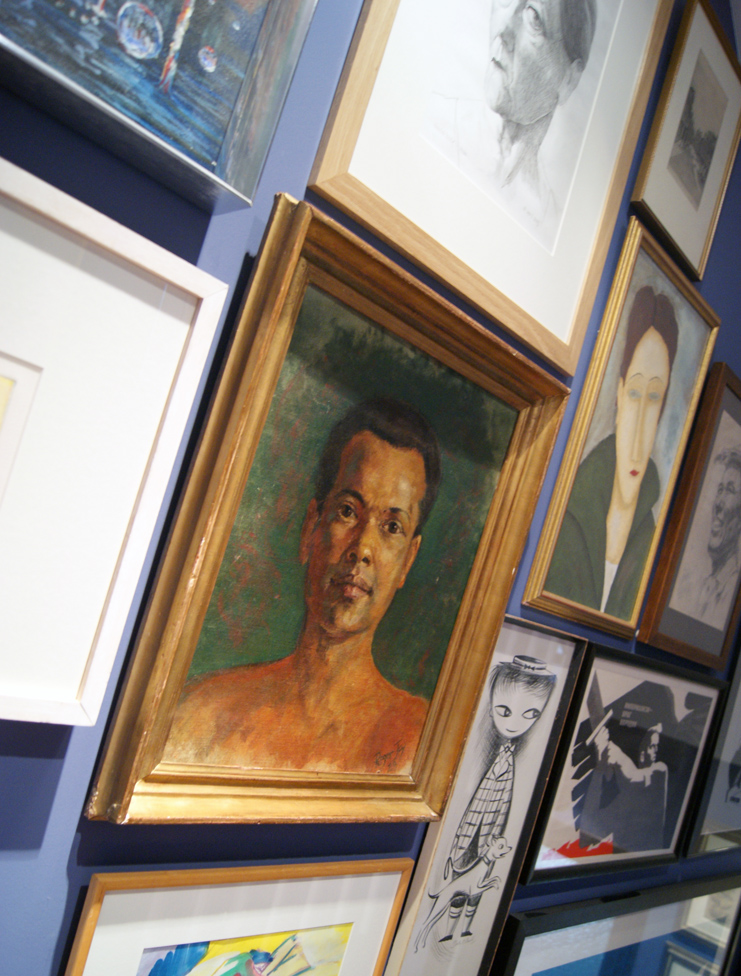 It’s just a guess, based on the sitter, but I like to think he may have painted this chap in Venice. I wonder who he was and how he met Fry? Why did Fry choose to paint him? Although not gay, as a number of members of the Group were, Fry obviously spotted something – perhaps his brown eyes as the chalk inscription indicates?
I’ll probably never know the answers to these questions. But that’s not the reason I bought it. For me, it’s a unique, tangible link to the Bloomsbury Group and one of its most important members. And I could afford it. And it looks superb on my wall of mixed portraits and other things – his gentle yet consistent gaze has already caught the eye of a number of dinner guests. I’m so glad he caught my eye in the saleroom, that’s another thing I’ve always wanted to own checked off the list!

Tune into the BBC iPlayer to  watch ‘Life in Squares’, BBC2’s new drama series about the Bloomsbury Group, which aired from the end of July 2015.