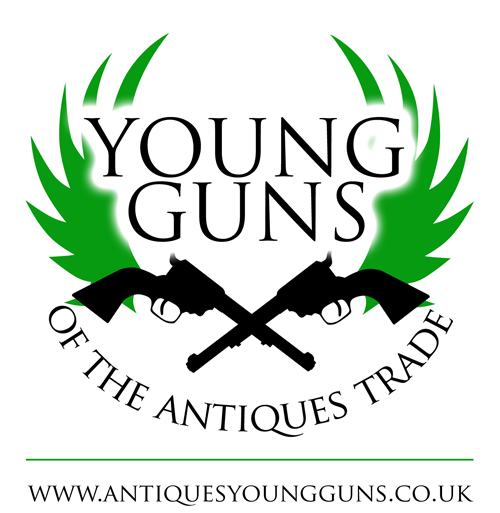 The eagerly awaited confirmation of the Antiques Young Gun of the Year Awards 2014 can now be revealed! The team behind this fast growing and now very high profile movement, designed to promote members of the antiques trade, aged 39 and under, George Johnson, Mark Hill and editor of Antiques News and Fairs Gail McLeod, are delighted to announce that the awards ceremony and party will take place on Friday 4 July 2014 and will be hosted by Alfies Antiques Market – the iconic London antiques, vintage and 20th century design nexus founded by Bennie Gray in 1976.

Bennie Gray told Antiques News & Fairs: “These days the politicians are all saying it’s the entrepreneurial spirit that will save our economy. Which I think is true – of course the antiques trade has always been one of the most fertile breeding grounds for entrepreneurs, especially those with a fine eye for design. So it is a great privilege and a great pleasure for our antique markets to welcome and support the Young Guns. We wish them well.”

Alfies is the perfect fit for the Antiques Young Guns Awards, having been generous supporters in 2013 by donating two booths in the market for two months as part of the prize package.

The awards ceremony and party will take place in the Rooftop Kitchen Restaurant (below), with its stunning views over central London. The organisers will announce not only the winners and runners up but also which winning Young Gun will be matched with which of the twelve highly experienced and well-known mentors from the antiques industry, who are also known as the ‘Antiques Heavy Artillery’. 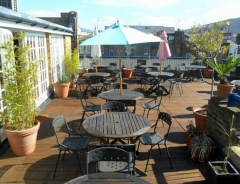 The names of the ‘Antiques Heavy Artillery’ will be announced at the party to celebrate the 25th Bath Decorative Antiques Fair on Thursday 6 March 2014.

This group of twelve has been drawn from the most experienced and well known members of the trade across all sectors, aged 40 and over, and each has agreed to donate at least three days of their time over a twelve month period to mentor their winning Antiques Young Gun.

Details of the prize package and how to get involved will be released at The Bath Decorative Antiques Fair. See more by clicking here. To read a review of this announcement in the Antiques Trade Gazette, please click here.

The first Antiques Young Guns & LAPADA ‘tweet-up’ online debate about the antiques industry was held on Twitter on 25th February 2014 and resulted in 419 tweets and nearly 1 million impacts (983,900) — IN ONE HOUR! To read the threads, search Twitter using the hashtag #lapadaAYG. Interested in taking part in the next one? It’s free, so come and join us. Follow @antiqyoungguns to find out when it will be held and to keep up with all the news from Antiques Young Guns.
View statistics of the event here.