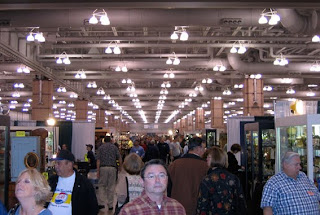 Billed as ‘the world’s largest indoor antiques show’, the wonderfully named Atlantique City, held twice a year in Atlantic City, New Jersey has been cancelled by owner F+W Media. I’m sure I’m amongst many thousands of dealers, collectors and auctioneers who are extremely sad to hear this. In compiling the DK Judith Miller Collectables Price Guides, I spent a number of years visiting the show in Spring and Autumn, which never failed to leave me inspired and in awe – and my bank account drained. 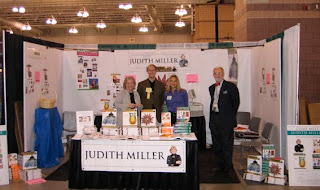 Although I haven’t been for a few years now, it was also the place I met many people who I am now lucky to count as colleagues, including watch expert Mark Laino of Mark of Time, Barbara Blau of the South St Antiques Market, Sharon & Joe Happle of Sign of the Tymes, marble and glass experts Bob & Mark Block, costume jewellery supremos Roxanne Stuart and Bonny Yankauer, Barbara Lauver and Dotty Ayers of The Calico Teddy, and Esther Harris of Vintage Eyewear of New York City. I also encountered many other great experts and characters, including a US Senator! 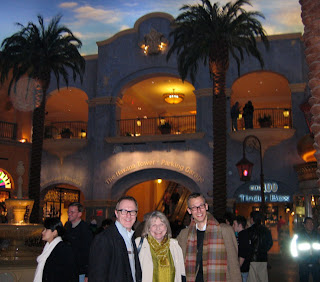 The Miller’s team are also grateful to Ted and Diane, the organisers who managed the mega-show for many years until 2005, for allowing us to go the first time. With over 2,000 dealers from across the US and visitor numbers running into the tens of thousands, it really was a major event up there with the New York Pier Shows and Brimfield. Here are a few images of an avenue in the fair itself, the Judith Miller book stand in 2006, and Judith, photographer Graham Rae, and I outside a restaurant inside one of the massive casinos.