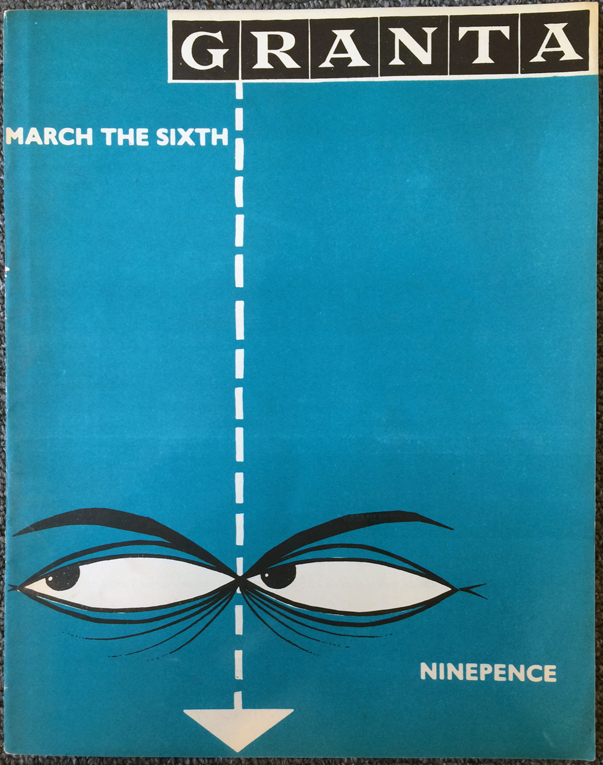 Although they’re far from being the sources of great, inexpensive pieces that they used to be (I blame eBay and people who write books…), I still can’t resist popping into any charity shop I walk by. A quick browse at the ceramics and glass shelves comes first, followed by a scan of the jewellery counter, and my visit ends with a browse through the books. I’ve learnt to always pull out publications that are too slim to have identifying spines, as sometimes a bargain or rarity is revealed.
A good example was a selection of Granta magazines from the mid-1950s that had been well-cared for by their (possibly recently deceased) owner but were now languishing in Oxfam in Marylebone, London. Named after the river that runs through Cambridge, Granta was founded in 1889 by students of the university. Since then a geat many hugely important literary figures have written for it including Ted Hughes, Sylvia Plath, Martin Amis, Salman Rushdie and Haruki Murakami.
But it wasn’t the literary content that interested me, it was something far more superficial (some might say) – the marvellous cover designs that really summed up the style and design of the day. 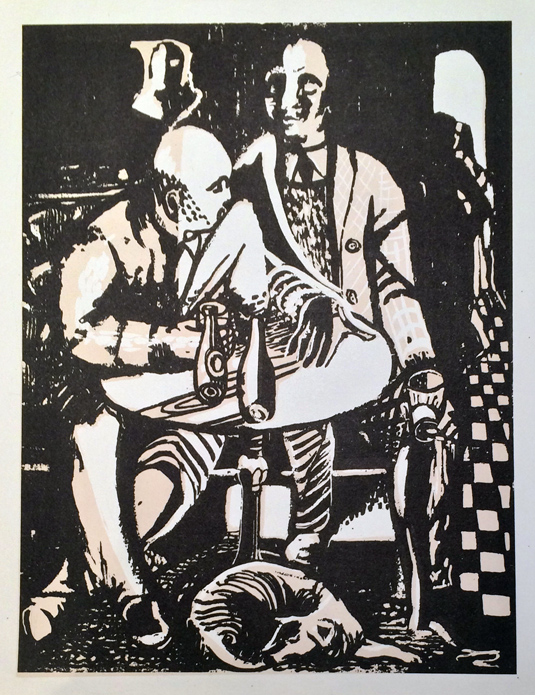 I chose the issue shown above from 6th March 1954. When looking inside to see who was responsible for the cover design, two sheets of paper fell out, a little like those annoying brochures in Sunday colour supplements. But these were WAY better. The first was a rather intriguing two-colour lithograph (left), that looked like a wood-cut or linocut, showing two men drinking beer over a conversation in a dark pub with a dog curled up at their feet. Although the designer of the front cover wasn’t identified on the contents page, the artist behind this lithograph was – a lady called Margaret Angus. In the back of my head a small bell rang gently. Peggy is short for Margaret and I was sure Peggy Angus had been mentioned to me by noted Bloomsbury art collector David Herbert when we were lucky enough to film Collectaholics with him and his partner last year. 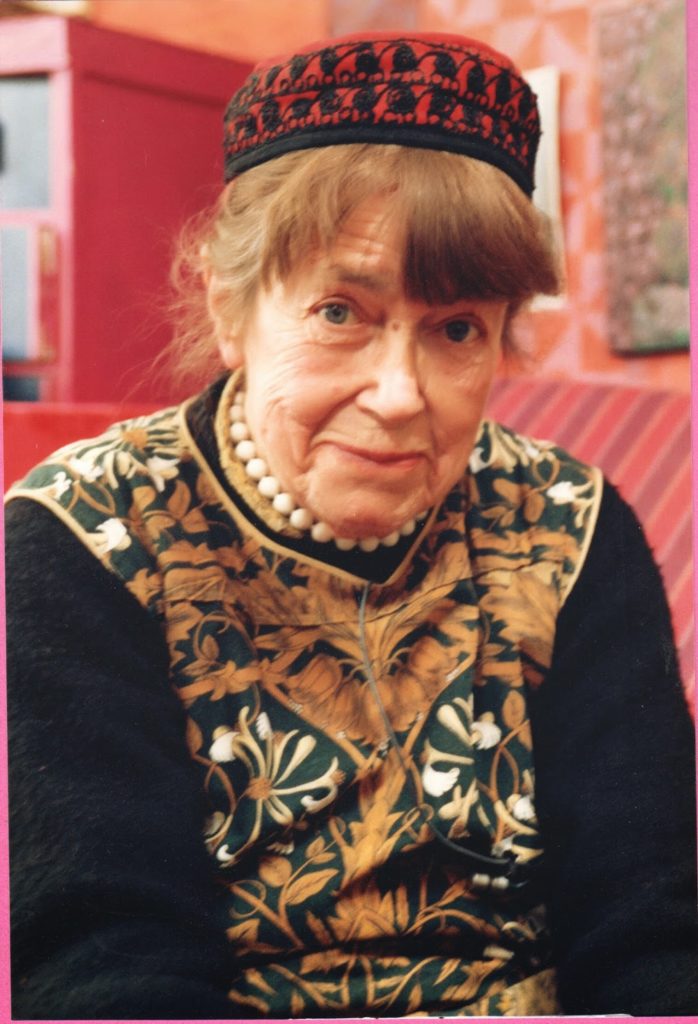 A quick Google search revealed I was right. You can read all about Peggy Angus (1904-93) on David’s site by clicking here, or read her Wikipedia entry by clicking here. It seems that she is an artist of great note, even if she is currently under-rated and under-appreciated. My Google search also revealed the art historian James Russell had just written a book about her to accompany the first retrospective exhibition of her work which is on show at the Towner gallery in Eastbourne. It looks like a great exhibition and you can read a review of it, and Angus’ work, in the Guardian by clicking here.
I emailed Mr Russell for his thoughts on my lithograph and he kindly replied saying that, although she worked across many different media from oils to wallpaper to tiles, lithographs by her were rare and hard to find. He also said that Angus learnt and studied lithography with Pearl Binder and her Artists’ International Association friends during the 1930s. I liked the print to start with, but this news made my smile even broader. Considering that my print was a ‘freebie’ in a magazine with a comparatively low circulation, I wonder how many have survived? Most were probably lost or thrown out with the magazine after it had been read. Only a few may have been framed and displayed, but Mr Russell clearly hadn’t seen one so far.
What’s it worth? I don’t know and I don’t particularly care. I like it and am just delighted to have stumbled across it. But I do feel that the £3 outlay for the magazine and print was a bargain. Now it’s time to have it framed and put on a wall to be enjoyed as Angus no doubt intended.

The exhibition Peggy Angus: Designer, Teacher, Painter runs from 12th July until 21st September 2014 at the Towner gallery, Eastbourne, East Sussex. Click here for more information.
The accompanying monograph hardback book of the same name by James Russell is published by the Antique Collectors’ Club and is available at £25 plus postage and packing by clicking here.

One thought on “Charity Shop Bargains – A Peggy Angus Print”