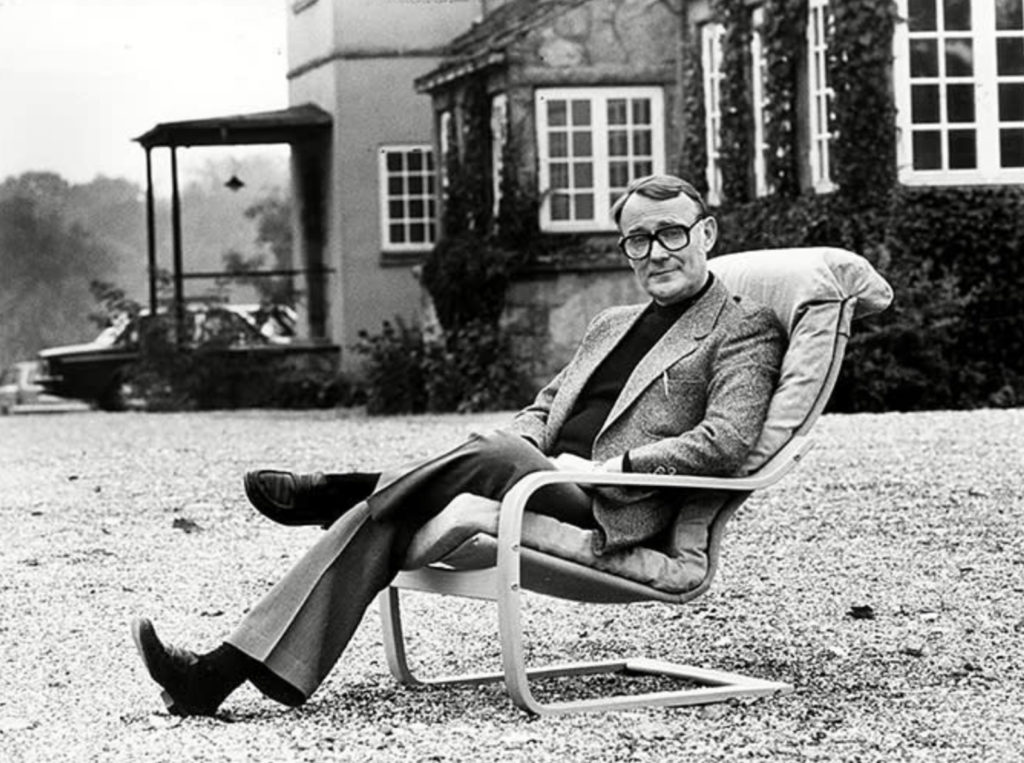 Ingvar Kamprad, IKEA & Antiques. An unholy trinity? Last weekend a man died whose name is known to few, but whose influence can be seen in hundreds of millions of homes across the world. Ingvar Kamprad (1926-2018) was perhaps the single most influential force over the way we decorate our homes, and ought to be remembered as one of the most important marketeers, entrepreneurs, and retailers of the 20th century.
Born in Sweden, he began his career aged five by selling matches for a profit. In 1943, aged 17, he founded a company that would grow to become known, celebrated, and reviled internationally – IKEA. His first actual product was reputedly a reproduction of his uncle’s kitchen table and, by November 2017, his company had 411 stores in 49 countries, with a product list of over 12,000 items, and an annual turnover of €36.4 billion. 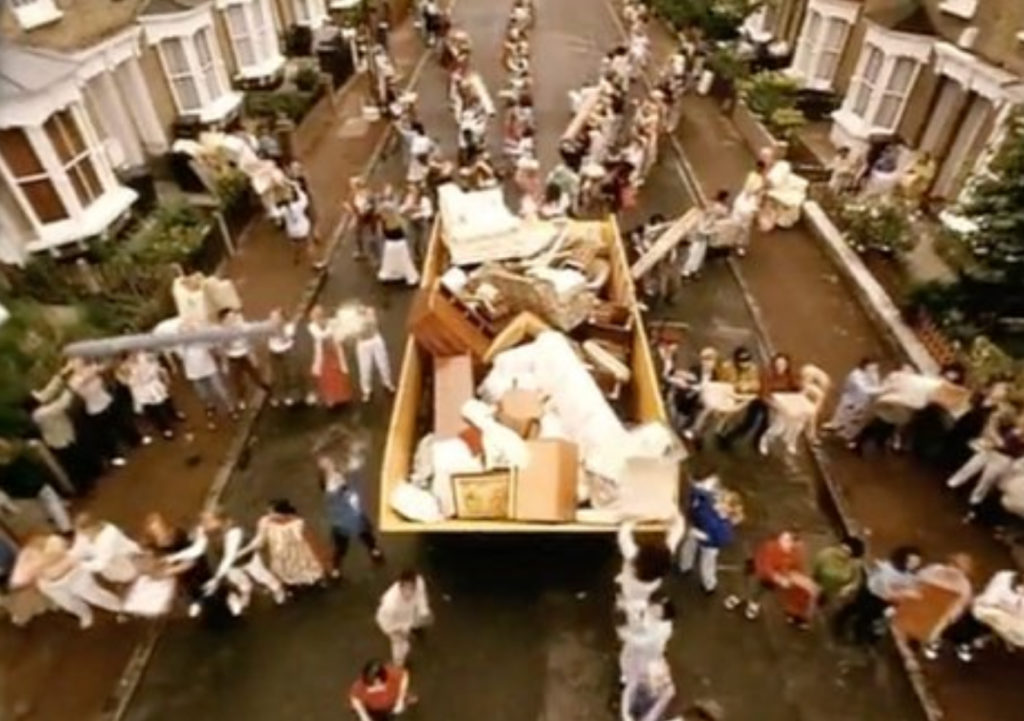 In between, in 1996, IKEA’s landmark ‘Chuck Out Your Chintz‘ TV campaign saw liberated women singing along to a catchy jingle whilst enthusiatically throwing out ‘outdated’ furniture, before replacing it with fashionable contemporary pieces from the Scandinavian store. The furniture and accessories found there were different, clean-lined, cool, and new, and appealed to all social groups, regardless of income level. The company sold a light and airy Scandinavian ideal of modernity and domestic simplicity where everything had a place and everything was in its place. Clean over clutter. All that was so different to the homes of many that were still dominated by a mix of inherited and department-store bought Victorian and Edwardian (or style) wood furniture, with a little 1950s-70s modern thrown in, creating a mixed-up, apparently tired look.

The catalogue contained carefully shot, aspirational real life photos of unified, easy-on-the-eye, bright interiors peopled by beautiful-enough families, and was literally thrust direct into many homes through letter boxes. It was reputed that in some years, more copies of the IKEA catalogue were printed than the bible. The store itself was also new and different, with inspirational roomsets (that we’re virtually forced to walk through!), a large self-service, no-frills warehouse giving the impression of ‘you can’t get it cheaper’ prices, and the ability to do it all yourself giving a tangible sense of achievement, via the flat packed, self-build nature of the products. Empower the people! It’s a REVOLUTION!
The antiques business, disparate and disorganised at best, was floored and simply couldn’t compete on any level. Decades of solid sales had also perhaps left many vendors complacent, and (as is sadly often still the case today) largely unwilling to adapt and modernise.
Alluringly inexpensive, IKEA’s price point and total accessibility encouraged frequent and fervent make-overs of rooms, a fire that was also fed by the huge increase in home-decorating TV shows at the time. Items sold in their millions, including the famous Billy bookcase, designed in 1979 by Gillis Lundgren, of which 41 million units had been sold by 2009. 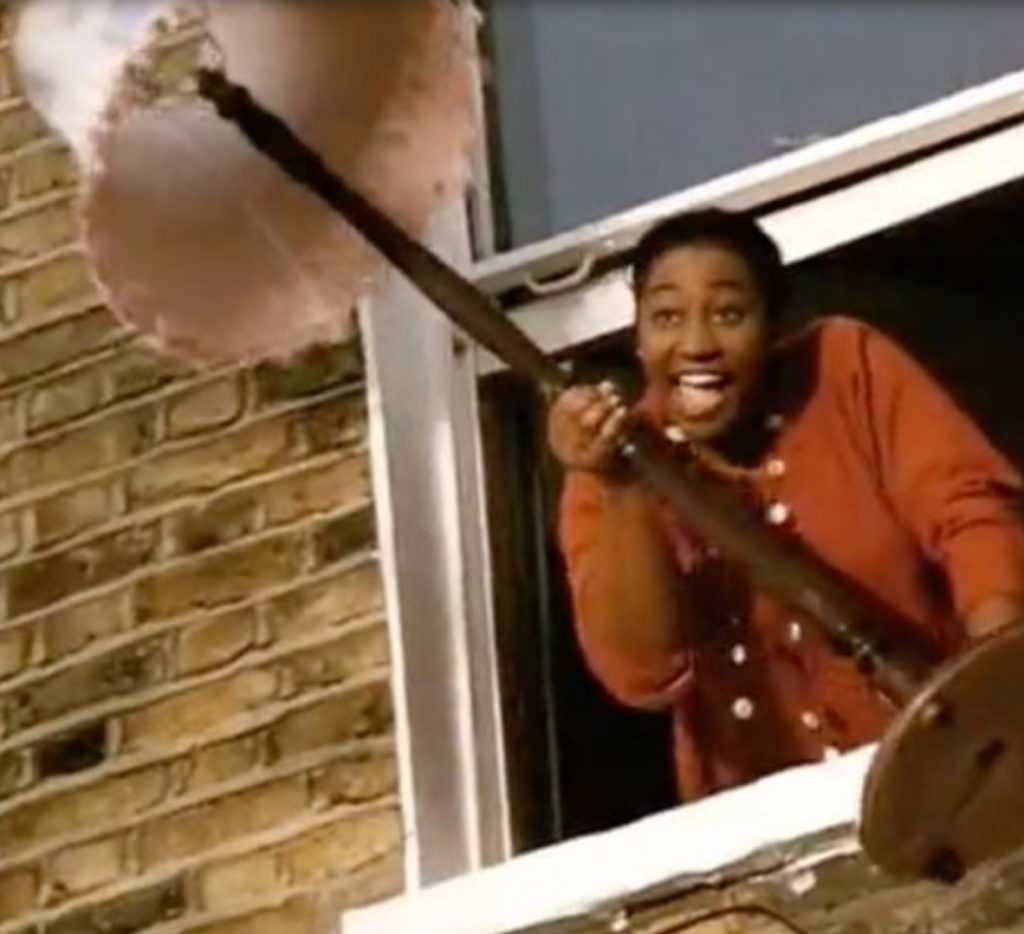 IKEA’s furniture has allowed hundreds of millions to enjoy a choice of ‘stylish’, practical and affordable brand new furniture, from students filling unfurnished digs, to new (typically young) families struggling to save to pay the rent or buy a house, to those simply wishing for a change. For all that, Kamprad and his company must be celebrated.
But in my industry, the store’s name is akin to the Shakespeare play that cannot be mentioned by actors on stage. That’s partly why I included the word ‘reviled’ above. Not everyone on the planet is a fan either – many hate it for a variety of reasons.
Although there are other factors, such as 9/11, I believe that IKEA’s ‘Chuck Out Your Chintz‘ campaign was one of the single largest forces behind backlash against antiques and related items from decades past. To vast swathes of ordinary people, these became unfashionable, unclean, elitist, expensive, and uncool to say the least. Old was bad and out, new was good and in. Even the name given to the area worst hit – brown furniture – is negative in connotation. Interestingly, there were no places for ‘collections’ in IKEA’s interiors. Presumably they were deemed fusty, dusty, musty and pointless by Kamprad, well-known for his sense of excessive economy and frugality. As a result, a great many people stopped buying antiques and what we now call ‘vintage’ items, spending their money instead with IKEA – by the billion. 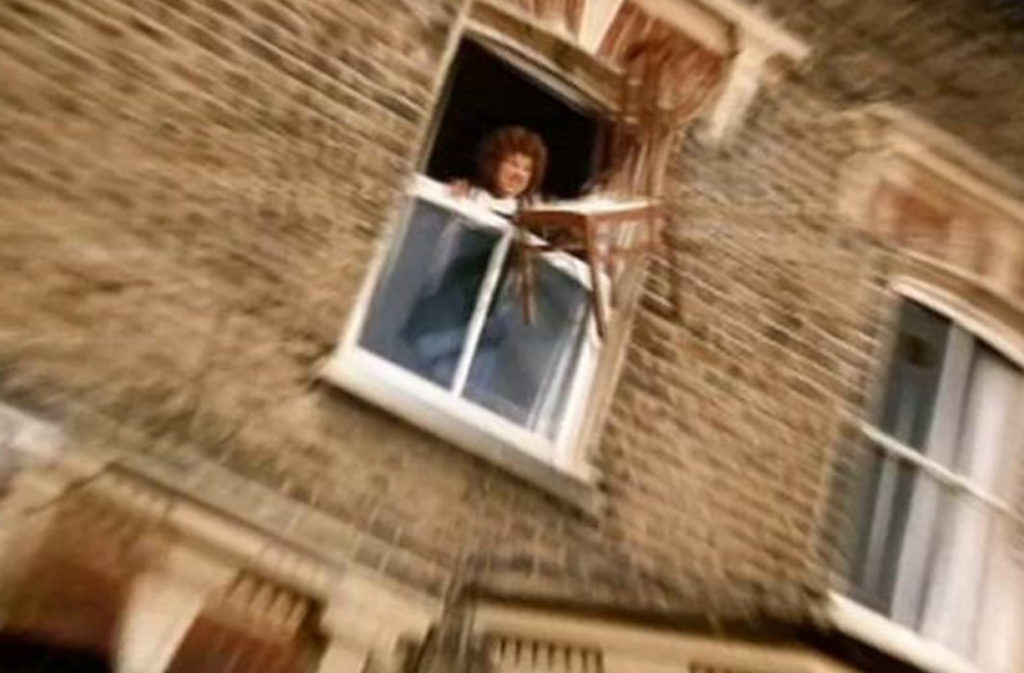 Strangely, despite the increase in awareness of environmental issues at the time, most developed a mental block as to what happened when the furniture eventually fell down (or fell out of favour) and had to be thrown away or taken to the dump. It was and is largely ‘fast fashion furniture’, and was not meant to last – certainly not as long as the pieces it had replaced. Antiques are green, as well as being the most glamourous form of recycling, and it can certainly be argued that IKEA’s largely disposable ‘quick fix’ furniture is neither.

Furthermore, as well as chucking out our chintz, we chucked out ‘soul’, meaning, and individuality. Our homes became houses – homogenised spaces filled with the same furniture as next door, and next door to that. IKEA furniture has no meaning other than being affordable in a pared-down, easily-digestible, non-style manner that can always be otherwise excused as ‘easy’, ‘practical’ and ‘cheap’. Like human beings, every home is individual and ought to represent the life and loves of the people who built it and live in it. Surely it is not meant to represent idealised images in the pages of a dictatorial catalogue? But Kamprad had a vision of what a home should be like, and most of us have lapped it up, loving the clean, easy and fresh change it gave us.
I’ve read and marvelled at a number of Kamprad’s obituaries and reviews of IKEA as it is today, but the ones that struck the strongest notes for me were by Richard Milne in the Financial Times. I can’t use the whole fascinating texts for obvious copyright reasons, but under the fair use policy and in direct relation to this blog post, I’d like to end with the following excerpts:
“Ikea’s success is predicated on the tastes of the young who want something quickly and something different to what their parents had. Today’s students and young renters can barely dream of mortgages. They are trapped in renting too-small apartments in suburban settings where they need desperately to convince themselves that their temporary cupboard is a sophisticated adult interior. Ikea persuades them they can — that is what those mocked-up interiors are for. Their parents (or probably their grandparents) might have bought stuff from department stores, furniture that had been put together by people who had practice making furniture. In other words, well. It lasted.
What happens when people grow up around Ikea: where is the next rebellion? Do they buy back the chintz? Ikea must be given credit for coming up with the concept of “Peak Stuff”. It is Scandinavian after all, and well aware of its own status as a user of 10 per cent of the world’s timber. It may make much of its green credentials and sustainable practice but real sustainability is, arguably, getting much better stuff second-hand. That’s the real rebellion, and there is still plenty out there.” Milne also quotes Torbjorn Loof, Inter IKEA’S current CEO, who says, “We have been successful on a long journey. But it is clear that one era is ending and another beginning.”
So is there hope for the antiques industry and so-called brown furniture yet? I definitely think so.
It’s a REVOLUTION!