I love ephemera! By that term, I mean things that were produced for a single use, or for short term enjoyment, before being discarded or thrown away. They are literally ‘ephemeral’, which is where the term is obviously derived from. Good examples are tickets, flyers and similar promotional material, or even things like ‘sample cups’ produced by brands such as Coca Cola so you can taste their world-famous drink. Ephemera is typically made from paper or card, and is usually printed. It also often has a strong social history element.
Even if I can’t find anything of interest to buy for stock or my collection in an antiques shop, centre or antiquarian bookshop, I nearly always find something interesting to buy in a basket or box full of photos and such papery things.
A good example is this ticket, which I found on a recent visit to Henley-on-Thames, where I stumbled across the truly excellent Richard Way Books. Although there were plenty of books I could have bought, my budget was tight and I decided on some ephemera including this ticket for a party 60 years ago in June. Here’s why.

A small card, but a pretty big story. And, despite its obvious rarity (it may even be a unique survivor), as small price too as it only cost me the princely sum of 50 pence. This also goes to show that just because something is rare, it isn’t always valuable – at least financially. 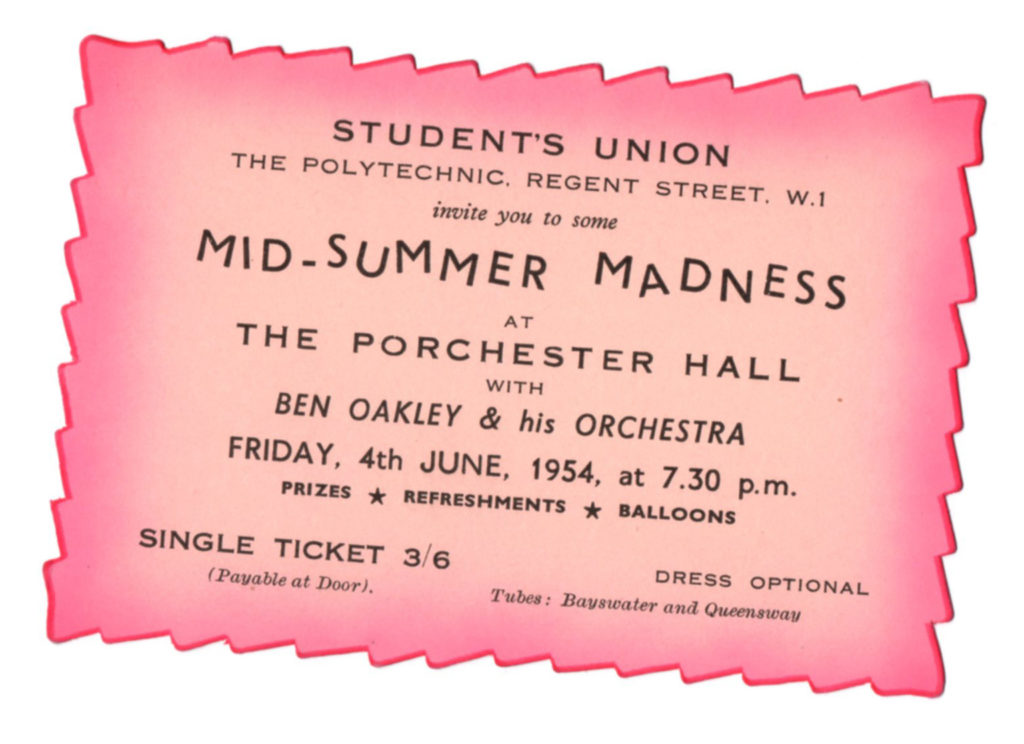