Okay, it’s not pretty, but I think it’s an important thing. It looks like a basic attempt at working with glass, even thought it’s way better than I’m sure I could manage. I’m always intrigued by chunky pieces like this, and make a point of picking them up when I see them, hoping they turn out to be early examples from the birth of studio glass during the late 1960s. 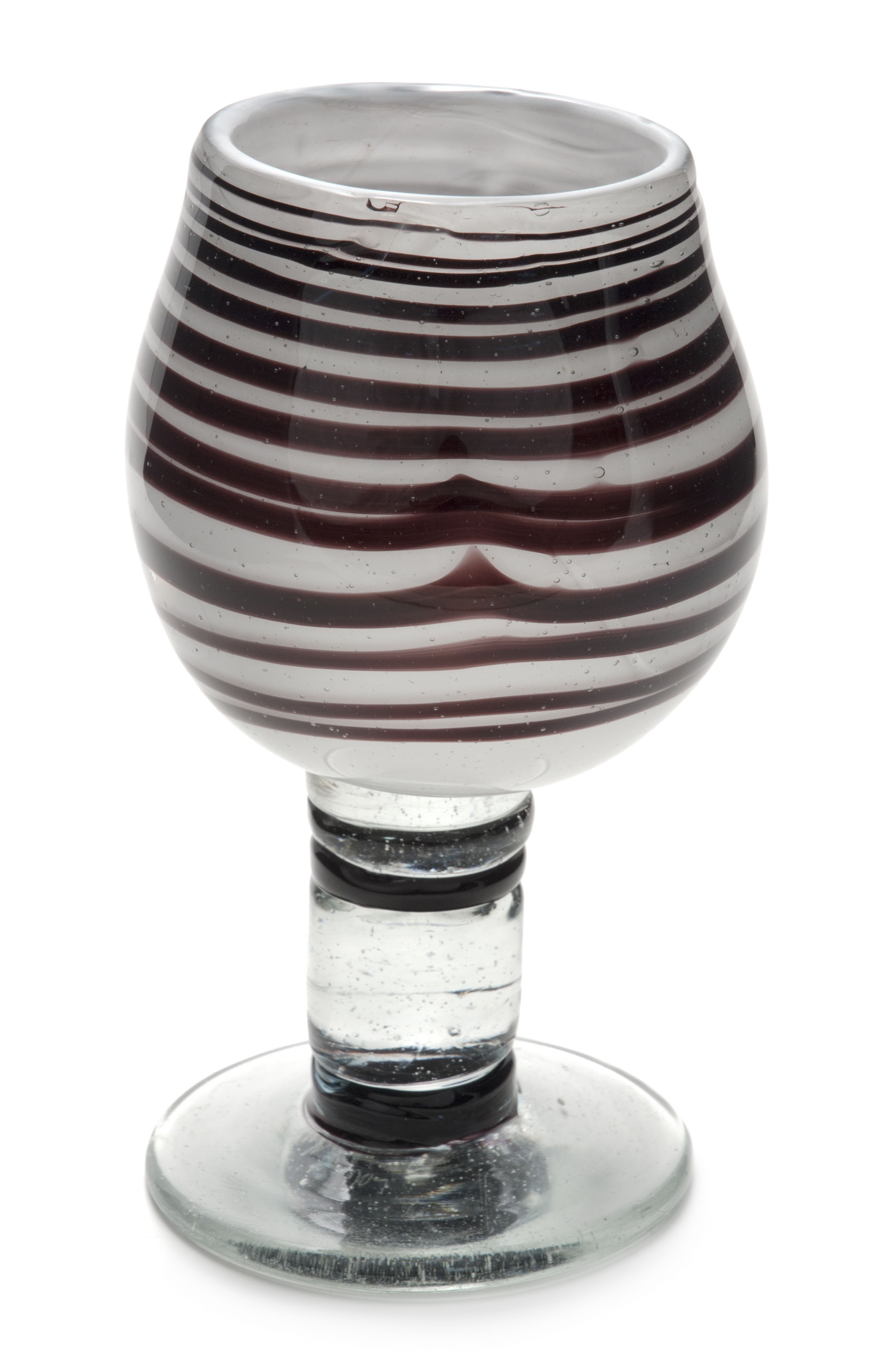 Although the ‘hit-rate’ is low, this is even more important when visiting great fairs like the last Cambridge Glass Fair, and especially important if such a piece is being sold by an eagle-eyed and sharp-minded dealer like Paul Anderson.
And I wasn’t disappointed this time around, as the base on this 7.5in (19cm) high piece is signed ‘Jiri Suhajek London 1970’. Arguably, few would know his name, making recognition hard, and indeed Paul told me that he had found it in an antiques and collectables centre in the North of England, lying dustily forgotten at the back of a shelf. Much as I appreciate it’s charming rustic feel, it’s the name and the date that made my eyes pop!
Born in 1943, Jiri Suhajek has become one of the Czech Republic’s most important and innovative glassmakers and designers. He studied at Kamenicky Senov glass school followed by the Academy of Applied Arts under the legendary Professor Stanislav Libensky from 1964. Unusually for a Czech under the repressive Communist regime, he also studied at notable glass companies outside the Iron Curtain, including Venini on Murano. From 1972-94, he was a key designer at Moser, a lecturer and teacher across the world, a Director at Bohemia Art Glass Ltd, and a designer for the influential Institute of Interior & Fashion Design in Prague. Today, he is an independent glass artist and his work can be found in the Victoria & Albert Museum, the Corning Museum of Glass, and other private and public collections across the world.
From 1968-71, Suhajek studied under studio glass pioneer Samuel Herman and Lord David Queensberry at London’s Royal College of Art – and this goblet was made smack in the middle of this time. I’d like to think that this was amongst the first pieces of glass he made, but I doubt it – it does show some experience. But it’s still an early piece from very early on in the studio glass movement and, due to high costs, pieces were hardly churned out at the time. Far from it, in fact. I love the naive form and the bubble-filled, green tinged and purple striated blue glass, that speak so much of the earliest attempts of studio glassmakers. I also like to think that without this training under a true pioneer of studio glass, Suhajek could not have gone on to become the renowned international glass artist that he is today.

Of course it’s unique by virtue of its manufacture, but its ‘type’ is also very rare – this is only the third piece by a key Czech designer made in London at this time that I’ve ever seen. I’m not sure it’s worth more than I paid, but that’s not the point, as I like – and appreciate – it primarily as an important snapshot in the history of 20thC glass. Next stop, sending pictures along with a short message to the man himself…