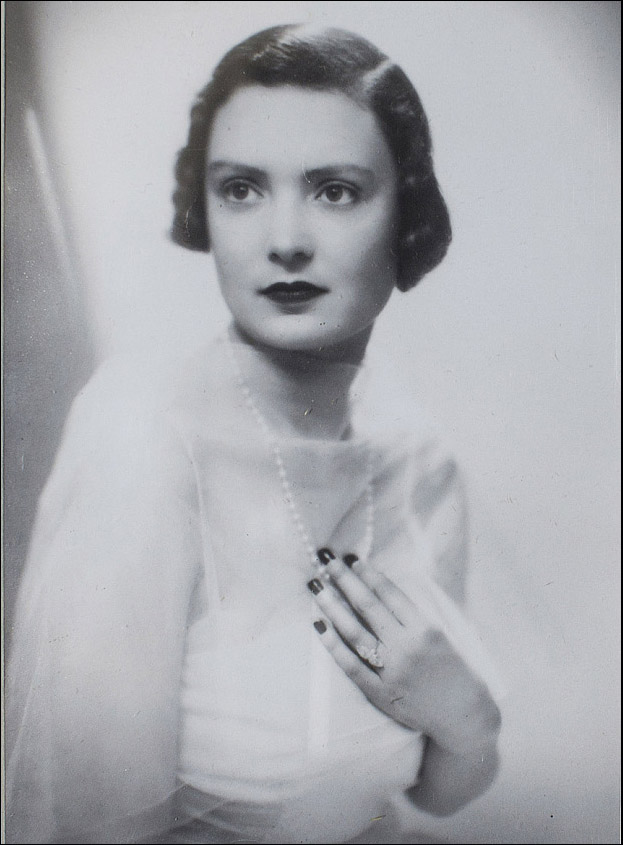 It’s a charming twist that could have come from the pen of P.G. Wodehouse. Upon the death of his indomitable, aged socialite aunt Mary, Duchess of Roxburghe (right), 80-year old TV personality and ertswhile host of ‘University Challenge’ Bamber Gascoigne ‘accidentally’ inherited the stately pile of West Horsley Place in Surrey. Once described by its aristocratic owners as a ‘cottage’, this oft-ignored country house dates back to the 11th century and is unusually contructed in red brick with a ‘rustic’ version of the Classical architectural features that became popular from the 16th century onwards.
Previous owners include King Henry VIII, Viscount Montagu, the family of Sir Walter Raleigh and, most recently, the Crewe family, from which its last owner was descended. It’s even reputed that Raleigh’s severed head was kept there for a while by his distraught wife, before being interred in St Mary’s Church opposite. Local legend has it that there was (is?) a secret tunnel that led from West Horsley Place to the  church, to enable the encumbent Catholic family to worship secretly in times of Protestant monarchs…! 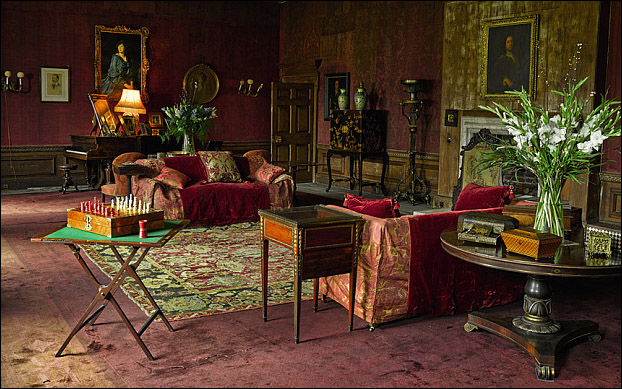 You’ve probably never heard of West Horsley Place, primarily because it was the private home of the retired socialite Duchess for much of her later life. It’s always been of interest to me, however, as I grew up and went to school nearby. As a 12-year old pupil of Cranmore School, I listened, rapt, as our history teacher Mr Taylor-Gregson used it as a palette from which he painted the life of a country house through the centuries, from thane’s hall to aristocratic country seat to the location of lavish parties worthy of an Evelyn Waugh novel or Cecil Beaton photograph. 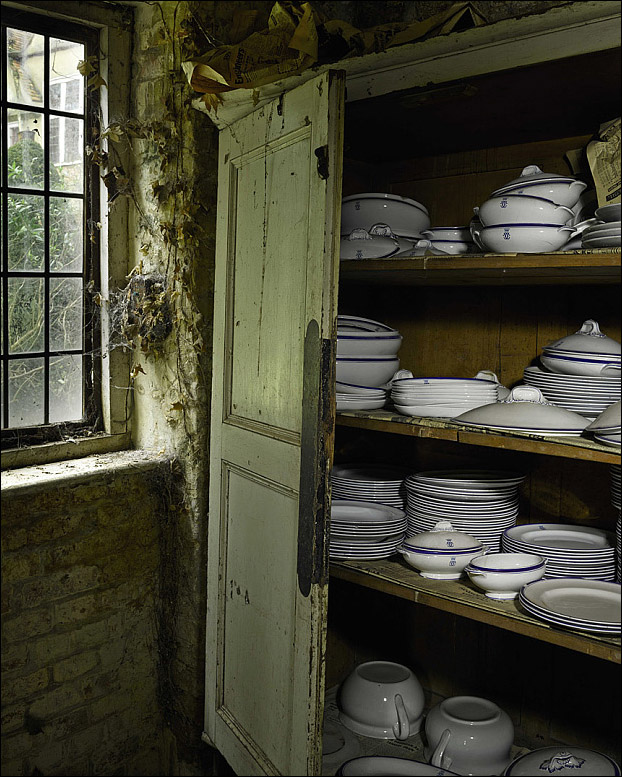 We were even lucky enough to visit it at least once, and meet the Duchess herself, albeit briefly. I distinctly remember the rooms filled with treasures on the ground floor, filling them with imagined inhabitants across the ages in my mind, before climbing the stairs to see the slightly crumbling and decaying upper floors filled with more treasures and, tantalisingly, corridors of locked doors. What lay stacked and packed in the rooms behind them? There was a priest hole complete, we were told, with unlucky priest still inside! Such exciting things for a schoolboy to see and hear!
In the same month as the tragic destruction by fire of the nearby National Trust property Clandon Park, it’s wonderful to hear that Gascoigne plans to renovate and restore the house, opening up the upper floors and attic with their many rooms that haven’t been entered for decades. There’ll be much work to do, and it will be expensive. To pay for some of it and to help offset the vast death duties payable to the Inland Revenue, he is selling £2.2m worth of property from the house at Sotheby’s in London on 27th & 28th May. An earlier sale on 12th May at Sotheby’s in Geneva will include some of the Duchess’ legendary jewellery, including a 19thC diamond necklace estimated to fetch as much as £240,000 and a tiara estimated to fetch around £300,000. 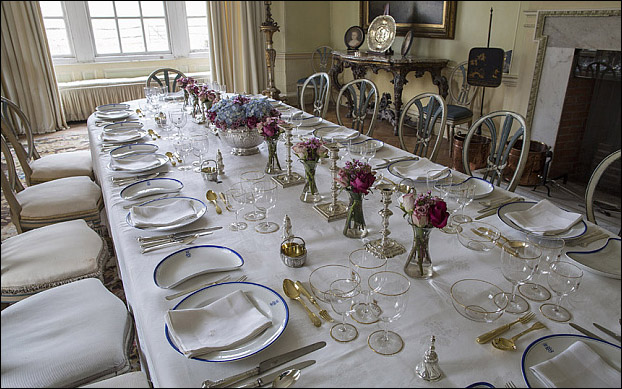 I’m pretty sure I won’t be able to afford anything from either sale, but I wonder if there’ll be a more general, second tier ‘country house sale’ held by another auction house on the premises to clear out some of the more mundane household things and lower quality furniture and art. I can guarantee that I’ll be raising a paddle if there is – my experience at that house under Taylor-Gregson’s wing was the very genesis of my fascination with the worlds of history, art and antiques. From there I spent much of my teenage years visiting country houses with a friend, got a degree in history of art and architecture later, and was then lucky enough to get my first job at an auction house.
Being able to own even a chamber pot from West Horsley Place would be marvellous. If I can’t, then the lavish Sotheby’s auction catalogue will join my small framed 19thC engraving of the house, bought when I was 17 from a print dealer in Guildford, as my ‘talismans’ of the place that started it all.

Read more about West Horsley Place and the sale of some of its contents at:
The Guardian
The Telegraph
Gatehouse Gazetter (an architectural description of the house)