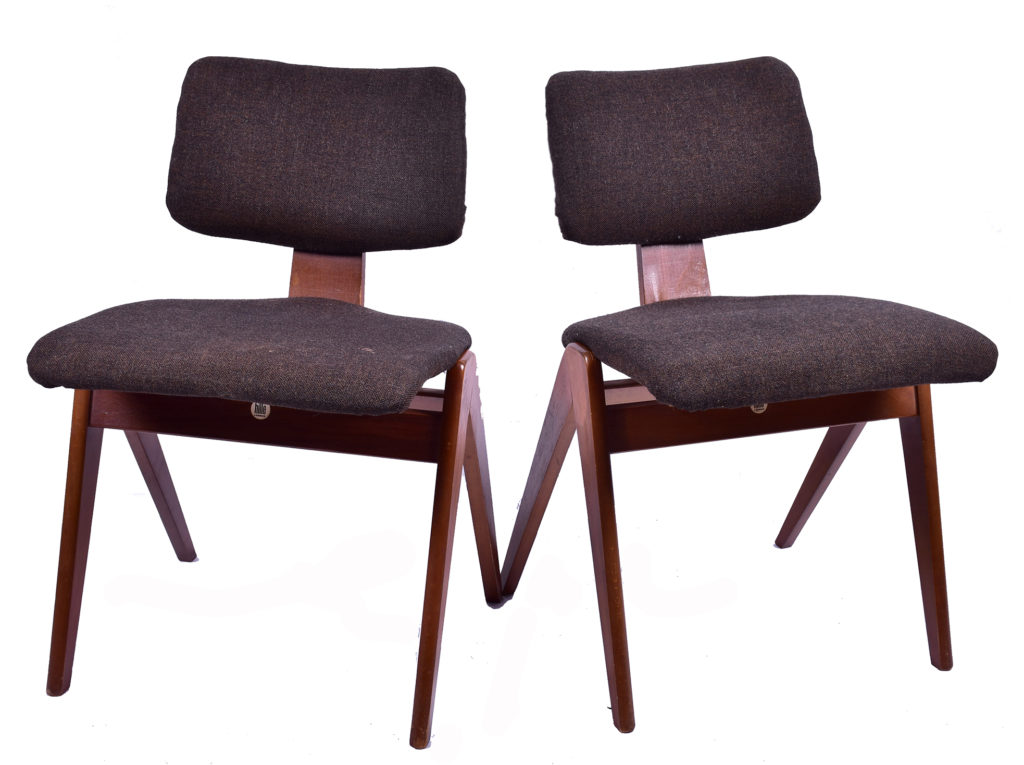 When I was pulling together my ‘Design At Home’ 20th century design auction for Dawson’s Auctioneers earlier this year, a vendor contacted me wishing to sell a group of British postwar furniture owned by his uncle, who had sadly recently died. His uncle had bought all the pieces brand new in 1961, and had looked after them well, only recovering them once himself with some brown hopsack that looked the part and covered the slightly worn original.
The group included some very rare Hillestak B fully upholstered chairs (above), two Guy Rogers armchairs, a Younger dining table, and a Meredew chest of drawers. The vendor had good memories of them from visiting his uncle as a child, and commented on how much of a ‘treat’ they were for his uncle at the time. He remembered that his uncle wanted to buy quality,she only wanted to do it once, and was fully prepared to push the boat out and buy more expensive pieces that would last. How different from today’s, almost disposable, approach furniture, as pushed by the likes of IKEA!!

After the collection was sold, the vendor contacted me to thank me and say that he’d found the original catalogue and price list for the Hille furniture from 1961, which he had found amongst his uncle’s paper. “Would you like them?“, he asked me. “Of course I would!“, I exclaimed. I love the design of period catalogues and sales material, and they were so rarely kept. But what excited me most was the price list, as that would reveal quite how expensive (or otherwise) each of these designs were at the time. Such ephemera always gives invaluable information, including all the variations that were on offer at the time. I asked him whether he would mind if I shared them on my website and he didn’t mind at all…so here they are. As you’ll see, the designs covered include the legendary Hillestak and the Q-Stak range, both designed by Robin Day, and the DSS chairs designed by Charles & Ray Eames. All pieces were retailed by the department store Dunn’s in Bromley, Kent. Enjoy!