Earlier on this year, I launched my fifth book on Caithness Glass. Once again, this accompanied a ground-breaking exhibition of glass from the Graham Cooley collection. The exhibition was launched in January at the renowned Broadfield House Glass Museum in Stourbridge, and Graham and I were delighted to welcome Emer OBroin, the daughter of the company’s co-founder and chief designer Domhnall OBroin, to the launch weekend. You can read a little more about the events that weekend by clicking here.
From there, the exhibition travelled to Perth, the ‘home’ of Caithness Glass, where it was on display at the Perth Museum and Art Gallery from May to October. Both exhibitions attracted thousands of visitors, and the Perth exhibition was enjoyed by many current and ex- employees of the company. Below you can see a panorama of the exhibition.

The exhibition has now travelled on to King’s Lynn, where it opened at the re-launched King’s Lynn Arts Centre this weekend. I opened the exhibition on Friday night with two exclusive tours for the Friends of the Arts Centre, both of which were very well attended. The following night, I lectured about the ‘Big Four’  British postwar glass companies of Whitefriars, King’s Lynn Glass, Dartington, and Caithness to an audience of those both new to, and already knowledgeable about, this rapidly growing area. But, of course, the real star of the show is the glass itself. And, my oh my, Liz and the Arts Centre team have really done a scintillating and sensational job of displaying the glass! You simply have to go and see it. I’ve promised that I won’t spoil the surprise by posting images of the display online until it’s over. I think I can get away with the one below though, which only hints at the variety on show – over 300 vases, bowls, lampbases and more made from 1961-2001 can be seen. You won’t find this anywhere else! The exhibition runs until 25th February at the King’s Lynn Arts Centre in the town centre. 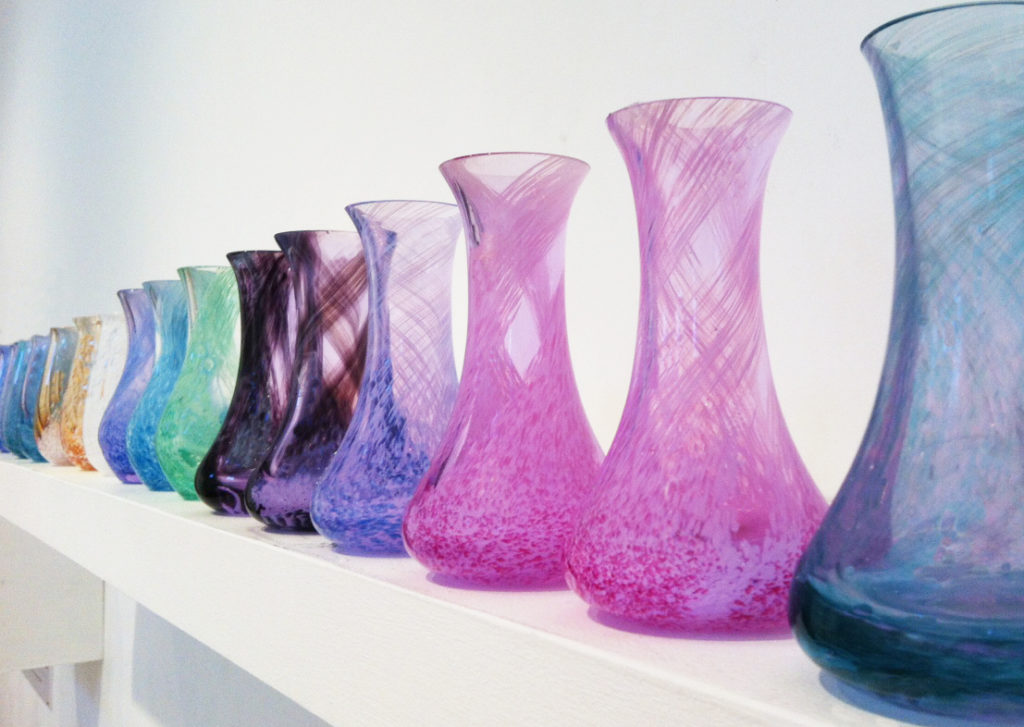