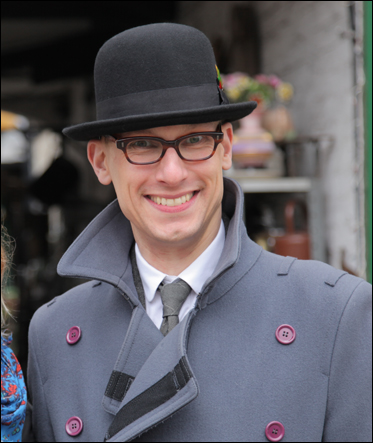 As some of you will know, I’m very fond of wearing a bowler hat. I’ve had many over the years, which isn’t really the point. The first was an antique one from the early 20th century that, completely by chance, fitted me perfectly. When I left it in the dark boot of a hire car in San Francisco in a rush to catch a plane I was so devastated that I vowed only ever to buy inexpensive, easily replaceable modern ‘fashion’ versions in the future to avoid that dreadful feeling again. Six hats later, after leaving my last one in the luggage hold of a plane, I realised that that was the wrong path to take – I ought to buy the best to encourage me to pay more attention to it. And it ought to be antique, or vintage at the very least, considering what I do and love. 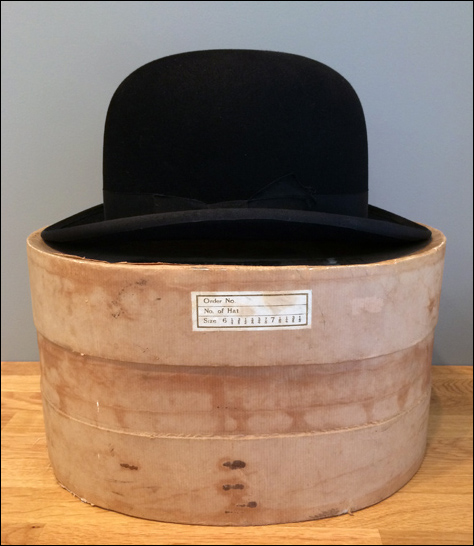 Trawling through vintage costume shops didn’t yield anything that was a combination of good enough quality, good enough condition and the right size for me. I dislike buying online because you obviously can’t try it on first, but a 1930s Henry Heath example in perfect condition complete with its original box found on eBay was too much to resist. Especially as it was apparently in my exact hat size. 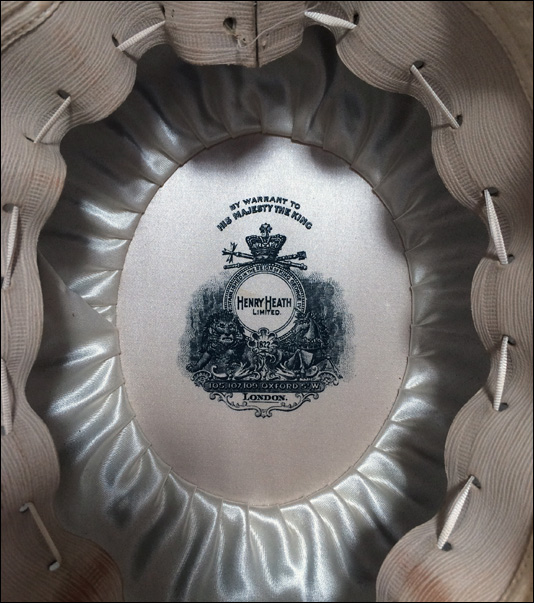 Founded in 1822, Henry Heath became one of London’s best known, high quality hatmakers renowned for their “successful system of Head Measurement ensuring the luxury of a well-fitting Hat adapted to the form of the wearer’s head.” They also gained a royal warrant as hatmakers to King Alphonso of Spain and his court. The company thrived until the 1930s when a decline began that saw them leave their large building on Oxford St in the early 1950s and close completely in 1958 – just before the decade that saw the hat’s final fall from grace.
I ended up paying £38.50 including postage and packing – a bargain for a top quality antique hat that fits. When it arrived, I was devastated to find that it didn’t quite fit, perching on the top of my head with gaps at the sides and refusing to go over what appeared to be rather worrying, previously undiscovered ‘knobbles’ on the back of my head. Perhaps the vendor had made a mistake, or perhaps I have a freakish head shape. Or both. 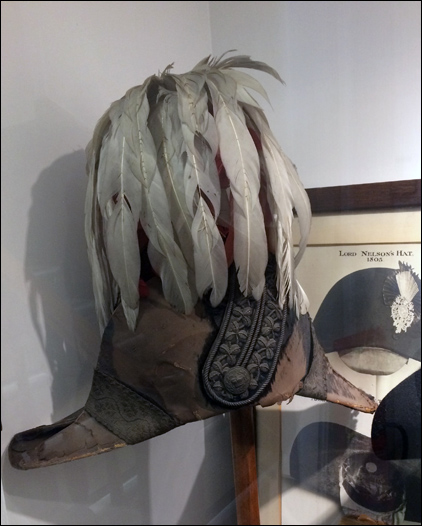 Rather than sell it again, I decided to take it to the oldest hat shop in the world, Lock & Co. in St James’, London, to seek their advice. Founded in 1676, and with Sir Winston Churchill, Admiral Lord Nelson and royalty through the centuries as clients, I guessed they’d know a thing or two about hats. Their collection includes many fine hats, including The Duke of Wellington’s bicorne hat, and they also sold bowler hats to Charlie Chaplin – perfect! 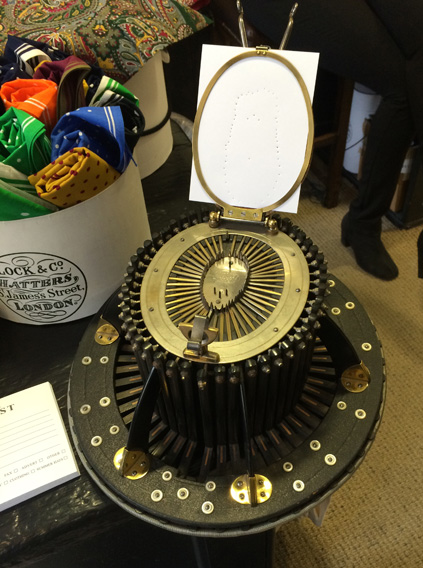 Popping the hat on my head at Lock’s, the gentleman behind the desk smiled and explained that it wasn’t that bad at all and that it had clearly been shaped for the previous owner’s head. That’ll be Heath’s “successful system of Head Measurement“, I guess. He said it could easily be reshaped to fit my head for the sum of £60. It would take 20 minutes, if I didn’t mind waiting. Certainly not, please go ahead (no pun intended). A rather strange and complex, Victorian, almost ‘steampunk’ contraption that looked like a cross between a brain scanner and a typewriter was placed on my head and levers were pulled. The result was a rather strangely shaped, small piece of punctured paper that apparently corresponded with my head shape. 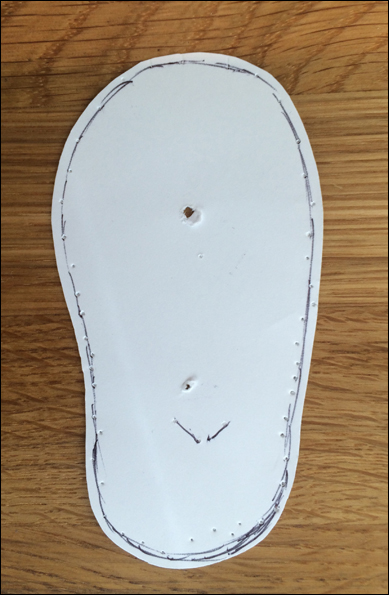 My hat was then taken away behind a door for Lock’s to work their magic. The result, 20 minutes later, is certainly the most perfect fitting hat I have ever owned or worn. Snug without being tight, fitting perfectly all round and sitting exactly where it should on my head. Why ever hadn’t I done this before?
£98.50 may sound expensive for a hat, but for one that is effectively tailor-made for my head, has a history and is in perfect condition some 76 years after it was made, it seems a bargain. Even the hatters at Lock’s said it was a particularly fine hat! I’m also fond of the curvaceous brim, which my modern versions didn’t have. It’s certainly something to cherish as well as enjoy wearing – now I just need to ensure I don’t lose it!

About The Bowler Hat
The hat now known as the ‘bowler’ was created in 1849 for Edward Coke (pronounced ‘cook’) the younger brother of the 2nd Earl of Leicester. Coke wanted a practical, low-crowned hat that could be worn by his gamekeepers without being blown off by the wind or knocked off by branches as happened with the top hats they usually wore. He commissioned Lock & Co. to make the hats and they in turn approached hatmakers Thomas & William Bowler. It appears that the design was devised by Coke rather than by Lock’s or the Bowler brothers and, following Lock’s tradition, the hat was named the ‘Coke’ after its inventor. 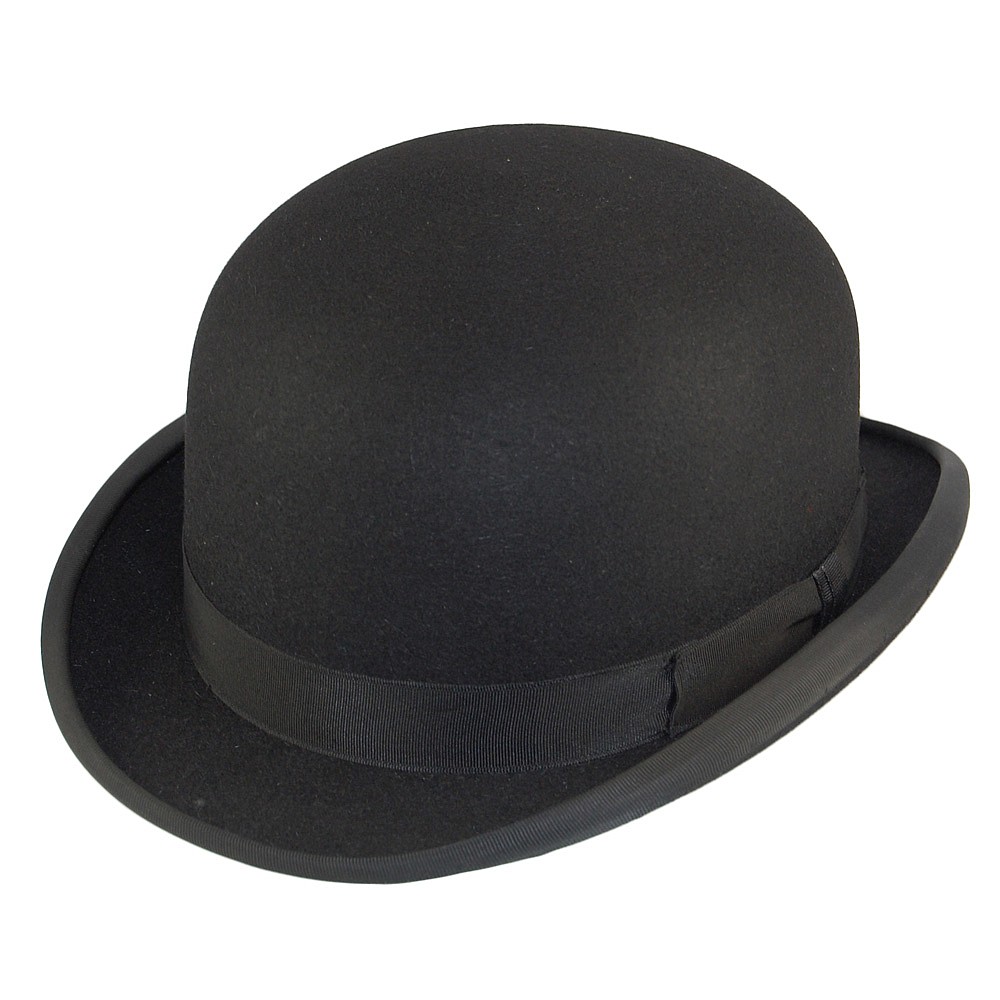 The hat had to be strong and durable and, when Coke came to collect the first batch, he reputedly placed one on the floor and stamped hard on it twice to test it before giving it his approval. The name changed in public parlance within a few years as the Bowler brothers went on to mass-manufacture the hat, which became immensely popular.
During the Victorian period, the bowler was popular with the working classes, but grew to be adopted by the middle classes and certain members of the upper classes. During the 20thC, it became associated with middle class respectability and was most notably a hallmark of the ‘City Gent’ – arguably the most common stereotype of the British gentleman. Inhabiting the financial hub of the City of London, he wore it with a pinstriped suit, briefcase and tightly furled umbrella. Hats generally went out of fashion and use during the 1960s and the City Gent look died out by the late 1980s. The look was famously parodied by John Cleese in Monty Python’s 1970 ‘Ministry of Silly Walks‘ sketch.
Although associated with the Establishment, the bowler has a wider and more varied cultural significance. Known as the bombín in Bolivia, it’s worn by the Quecha people after it was introduced to them in the 1920s by British railway workers, and it’s a popular fashion accessory in the Niger Delta region of Nigeria. Apart from being worn by politicians for decades, most famously Sir Winston Churchill, it’s associated with Loyalist fraternities in Northern Ireland and is still worn by a number of military organisations. But it’s the vast number of more quirky, subversive and avant garde characters who’ve worn it throughout history that fascinate and intrigue me and give it a somewhat cooler edge. These include, in no particular order:
• John Steed from 1960s TV show The Avengers, played by Patrick McNee
• Alex DeLarge and his Droogs from Stanley Kubrick’s iconic 1971 film A Clockwork Orange
• The enigmatic Thompson & Thompson from the Tintin graphic novels
• Butch Cassidy And The Sundance Kid – it’s known as the ‘Derby’ in the US
• Oddjob from the 1964 James Bond Film Goldfinger
• Sally Bowles, played by Liza Minelli in the 1972 film Cabaret
• John Lennon in the early 1960s
• Cornelius Fudge, the Minister of Magic, in the Harry Potter series
• The Riddler, nemesis of Batman
• A number of the characters in Samuel Beckett’s Waiting for Godot
• Laurel & Hardy
• Charlie Chaplin, particularly as The Tramp
• the suited character in René Magritte’s surreal painting The Son of Man
…a boring, middle class hat it most certainly isn’t!