West German pottery of the 1960s & 70s, better known as Fat Lava, is a bit like Marmite. You either love it or hate it – there’s no middle ground. Although I’ve seen huge installations in art galleries and stylish illustrations produced for magazines or calendars, I haven’t seen much other ‘art’ produced with it as a subject.
Until today, when I was contacted by artist, bookbinder, framer, and ex-particle physics doctor, Joseph Lilley. Inspired by my book and his own burgeoning ceramics collection, he’s produced a series of prints in saturated, vivid, almost neon, clashing colours that capture the avant garde brightness of the ceramics themselves and are perhaps as shocking to our eyes today as the ceramics were when they first came out. I also rather like the way they are placed against a curtain, almost like some of the (often hilarious) staged family portraits of the period. 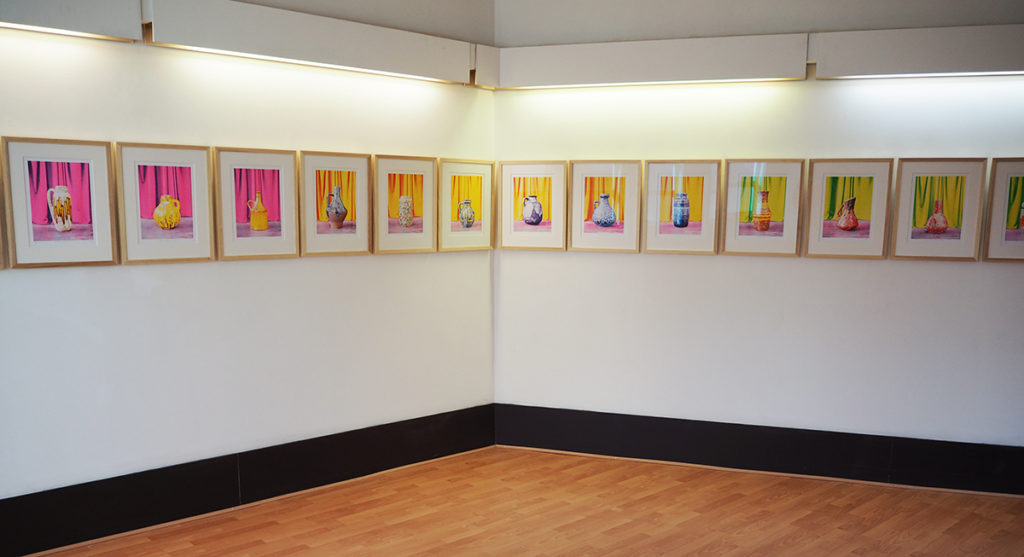 To get the distinct look, Lilley used a Risograph machine. About this, he says, “This technology was designed for economical high volume printing and feels like part photocopier, part digital screen print. It is a semi-automated, mass-producible, imperfect process, which reflects the production of the pottery itself.”
I’m rather a fan, and already have my favourites from the 18 he has produced – 4 are shown below. You can see images of all the prints on his website by clicking here, and the prints themselves are on display during February 2015 at the Showcase Gallery in Birmingham, as shown above.

All images thanks to and copyright of Joseph Lilley.