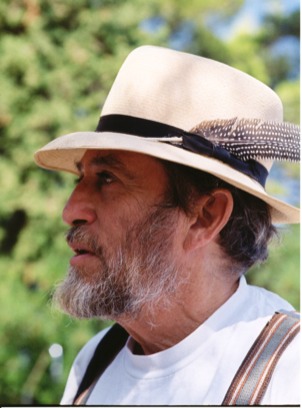 Sam Herman (b.1936) is undoubtedly one of the most important and influential living glass artists and makers in the world today. After studying and helping to develop the new studio glass techniques directly under their inventors, Harvey Littleton and Dominick Labino, at the University of Wisconsin, he brought them to the UK in 1965. He worked briefly with Michael Harris at the Royal College of Art, before becoming a Research Fellow there in the same year and then, a few years later, Lecturer in Glass. 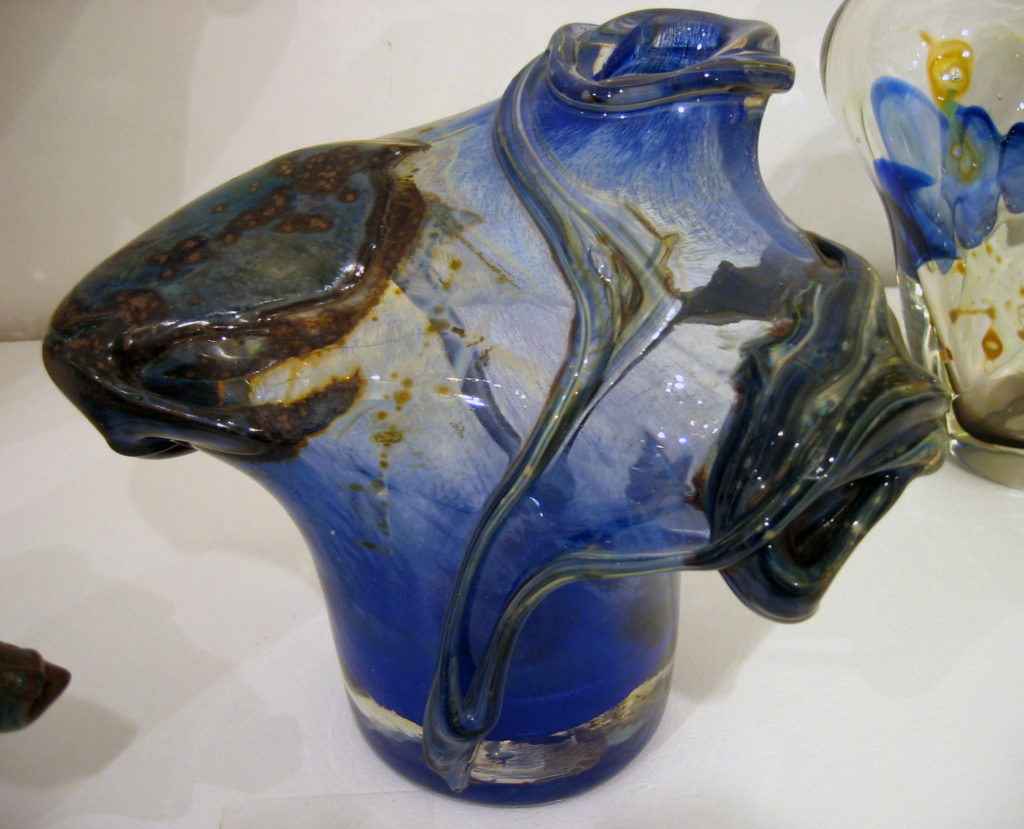 He went on to co-found The Glasshouse in London in 1969, helping and inspiring hundreds of glass artists, providing them with the tools, support and space to create, and the venue to sell from. In 1974, he was invited by the South Australian Government to bring his unique style, skills and studio glass techniques to Adelaide, where he founded a glass studio at the Jam Factory. 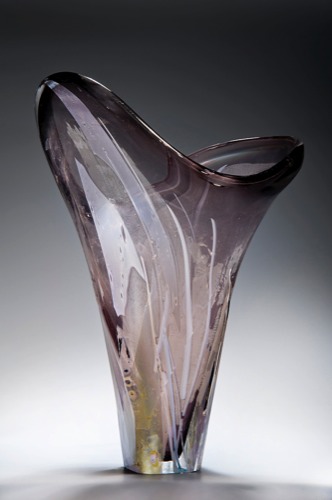 On his return to England in 1979, he founded his own studio in Lots Road, Chelsea, and became an Honorary Fellow of the Royal College of Art in 1983. He then took a 23 year break from blowing glass, to focus on painting, sculpture and architectural installations.
Marvellously mercurial, his work is consistently inventive and celebrates the material of glass. Philip Garner, author and former Director of Decorative Arts at Sotheby’s, correctly said, “Above all else Herman is an inventive and inspired glass worker who has forged a distinctive and modern style which expresses in a lyrical manner the intrinsic qualities of the glass medium. In their free, sensual forms and fluid decorations, playing on contrasts and opacity and translucence and experimenting with colour and other effect, Herman’s creations capture forever the mercurial magic of glass in its liquid state.”
Pieces regularly fetch prices ranging from £350-3,500 at auction and from dealers, and values have been rising consistently over the past decade – and look set to continue doing so. Examples can be found in countless private and public collections, including the Victoria & Albert Museum, The Corning Museum of Glass, the Metropolitan Museum in New York, the Art Institute of Chicago, and the Gulbenkian Museum in Lisbon. So he’s pretty damned important…especially as this is only a short version of his life and work.

I first met Sam in 2007 (left), when he returned to working with glass at the Aronsoon Noon studio and Zest Gallery, in conjunction with a landmark exhibition called Sam Herman: Then & Now, which I reviewed for a magazine. I’ve always loved his work, but to meet the man behind it and learn more about what inspires and drives him – and about his experiences at and contributions to the very genesis of the studio glass movement – was incredible. Since then, I’ve been lucky enough to get to know him and his (old and new) work better over a series of enormously enjoyable meetings and chats. I’ve learned so much from our conversations. 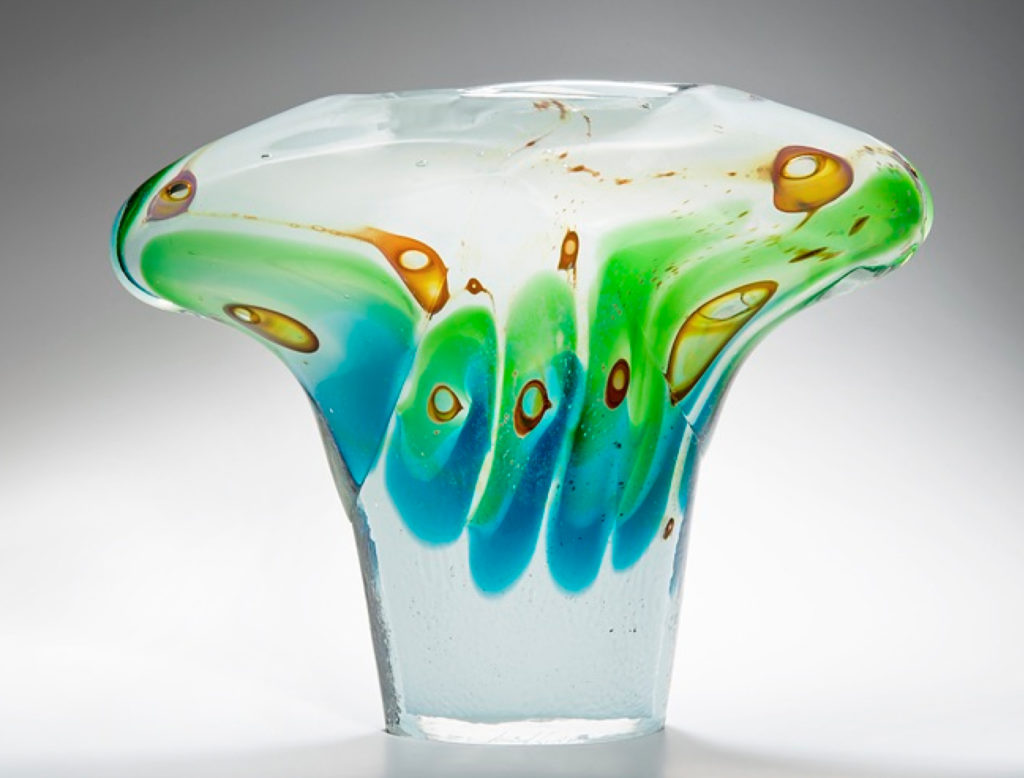 And now you have the chance to do the same. My friend and collaborator Graham Cooley, one of the foremost collectors and researchers of 20thC design, will interview Sam at the Swindon Museum & Art Gallery on 27th October 2016. I know this will be a fascinating and fruitful interview, because I edited another interview between these titans of twentieth century glass design to produce an article for the Glass Association’s Journal in 2008. Armed with a deep knowledge and a wide collection of Sam’s glass, Graham also has the ability to work with Sam and his experiences to reveal truly fascinating facts and stories that will enlighten, educate and engage. Chances like this come along very rarely – and this combination of personalities, skills and experiences is the best one could ask for.
Don’t miss it!

To buy a copy of the Glass Association Journal containing the article I edited based on the last interview between Sam Herman and Graham Cooley, please click here.